Chaz Mostert says a year of failing to convert promising grid positions into Supercars race wins took its toll on his self belief.

Mostert made his first appearance on the top step of a Supercars podium in over two years on Sunday, as he broke through for a maiden win in Walkinshaw Andretti United colours.

Speaking immediately after the race Mostert admitted the two-year drought had been playing on his mind and that "I was starting to believe I couldn't do it".

He later expanded on that lack of self belief, explaining that it was largely driven by a string of good qualifying performances that weren't being converted to wins.

Mostert has generally enjoyed strong single-lap pace since joining WAU, qualifying on the first two rows 10 times last season, including a pole position at The Bend. However he was only able to convert half of them to podium finishes.

He took a second WAU pole at Sandown earlier this season, but faded to sixth in the race.

When asked if he thought that the win may never come, Mostert said: "Massively, when you get yourself into a good starting position and you've been on a drought for race wins for a long time.

"You start on the front row and so many times it's gone the other way, you've gone backwards. My last win was 2019, it's been a long time.

"Last year I came to a brand new team with WAU and it was definitely a building year, trying to work on the car. We've rolled out a lot better this year but we're still trying to find our feet a bit.

"We kicked ourselves at Sandown coming back from the weekend. When you start off pole you want to try and win races.

"I'm just super pumped to finally get the win off my back. It's a relief, I felt like I lost 20 kilos walking from the podium back to the shed. I don't know, it's a pretty crazy feeling."

Mostert added that the win is a great reward for the team, particularly after the crew spent more than 100 consecutive days on the road in 2020 due to the Melbourne lockdown.

He also expects the win to inspire widespread self belief in the squad as it looks to add more win across the 2021 season.

"It's awesome because across the break, and even last year with the COVID tour, seeing the guys develop those cars and put parts on those cars and work their rings out to make it as fast as they can... to finally reward them with a race win is so rewarding," he said.

"I think this will be really good for our team, getting this win. It gives us self belief in what we can do. The podiums across the last 12 months have been great, but to get the win, and know you've got the biggest trophy, is really confidence inspiring.

"I'm looking forward to going to The Bend. It is a bit of achilles heal track for us, so I'm excited to go to [The Bend] now with this level of confidence." 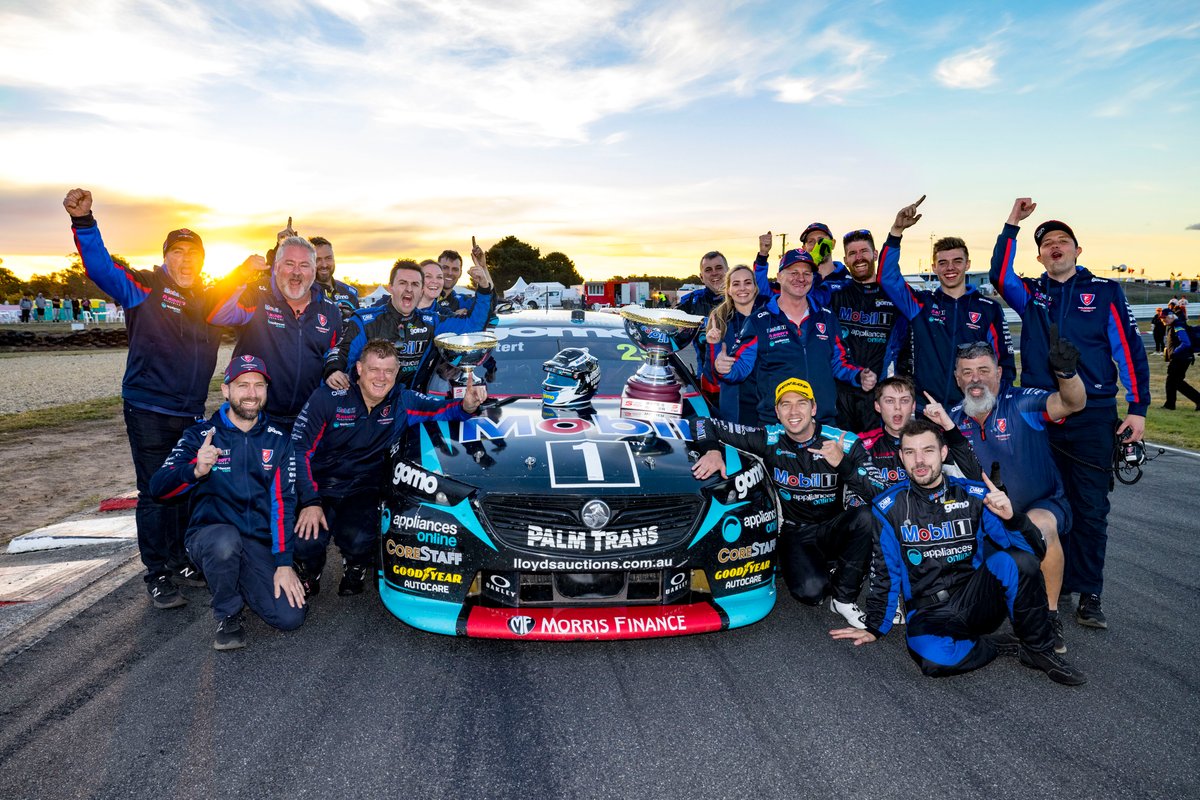