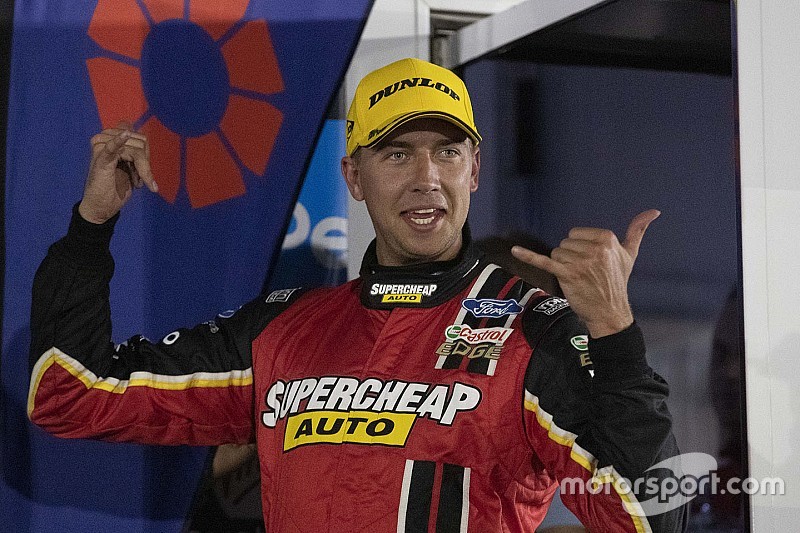 Ford Supercars ace Chaz Mostert is understood to be closing in on a deal to race a Walkinshaw Andretti United Holden next season.

According to Motorsport.com sources WAU is now the most likely destination for the out-of-contract star for 2020, with paddock chatter suggesting a deal is close for a sensational team and manufacturer switch.

It's the second time Mostert has been closely linked to a move for 2020, with early silly season speculation having placed him at DJR Team Penske alongside Scott McLaughlin.

However it's understood that DJRTP will instead retain its current driver line-up for 2020, with McLaughlin and Fabian Coulthard racing the Shell-backed Mustangs.

That leaves Mostert's primary options for 2020 as a WAU move, or signing a new Tickford Racing deal, the former believed to the more likely outcome.

WAU co-owner Michael Andretti confirmed to Motorsport.com that there have been talks with Mostert, but that a deal is yet to be signed: "We are talking to a bunch of different guys, he is one of them, but we have not signed anything."

A Mostert departure would leave Tickford needing at least one driver for 2020, although both Cam Waters and Lee Holdsworth are also out of contract pending options.

The option on Waters is highly likely to be taken up, however Holdsworth's future with the team is less clear, which means the team could even be looking for a pair of new recruits.

In terms of incoming talent, Simona de Silvestro has been linked with a move to Tickford with her Harvey Norman backing.

It would be a return of sorts for the Swiss driver, who raced a Tickford Falcon alongside Renee Gracie in the first year of the Supergirls Bathurst programme in 2015.

Tickford enduro driver Michael Caruso is also set to be a player in the silly season and a contender for a full-time Tickford seat, while Jack Le Brocq and Jack Smith have both been mentioned as potential candidates to race a Mustang for the Melbourne team.

As for WAU's current driver line-up, James Courtney is believed to be the more likely to retain a spot at the squad should the Mostert deal go ahead, which means Scott Pye could also become a factor in the silly season.