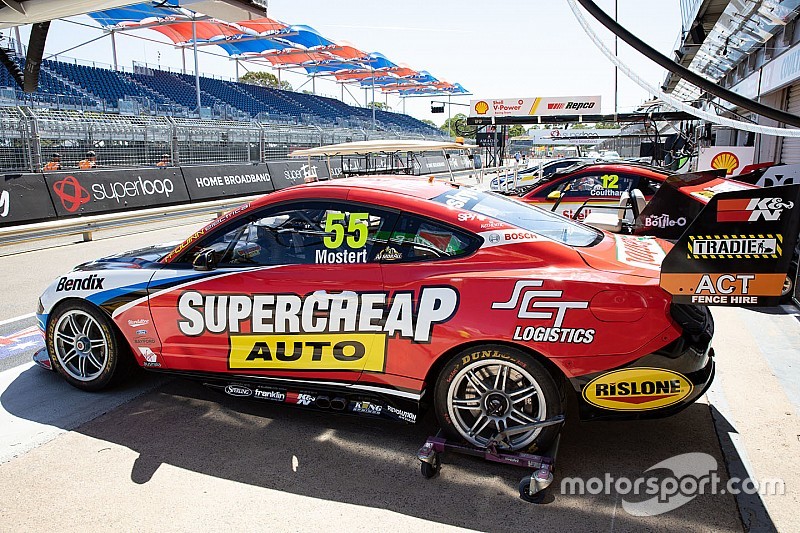 A 'common sense approach' to pitlane regulations is all that stood between Chaz Mostert and disqualification from last Sunday's Supercars race in Adelaide.

Mostert and Rick Kelly clashed mid-way through Sunday's race as part of a Safety Car scramble in pitlane, the contact leaving Mostert's Mustang parked 90-degrees against the pitwall.

Mostert was swiftly hit with a drive-through penalty for unsafe release, however his punishment could have been much worse.

The Tickford driver used reverse gear to extract his car from its precarious parking spot, which breached rule 11.5.4 from the Supercars operations manual – "use of reverse gear anywhere in the pit lane is strictly prohibited at all times" – and is usually punished by disqualification.

According to the Confederation of Australian Motor Sport, Mostert's use of reverse was investigated by race control at the time, but that mitigating circumstances led to it going unpunished in this specific case.

"CAMS confirms the incident was looked at by race control, but given the specific circumstances Mostert had no other option than to use reverse gear," read a CAMS statement provided to Motorsport.com.

"A common sense approach was taken to the review of the incident."

Escaping disqualification means Mostert was able to bank 60 points after being classified 15th on the Sunday.

He currently sits 10th in the points, 129 behind early leader Scott McLaughlin.

Kelly avoided any penalty for his part in the clash, despite claims from Tickford boss Tim Edwards that the Nissan driver played a role in turning Mostert around following the initial contact.

Mostert yesterday reiterated his own view that it was solely his own fault via a heartfelt plea to stop a wave of negative social media feedback being aimed at Kelly.