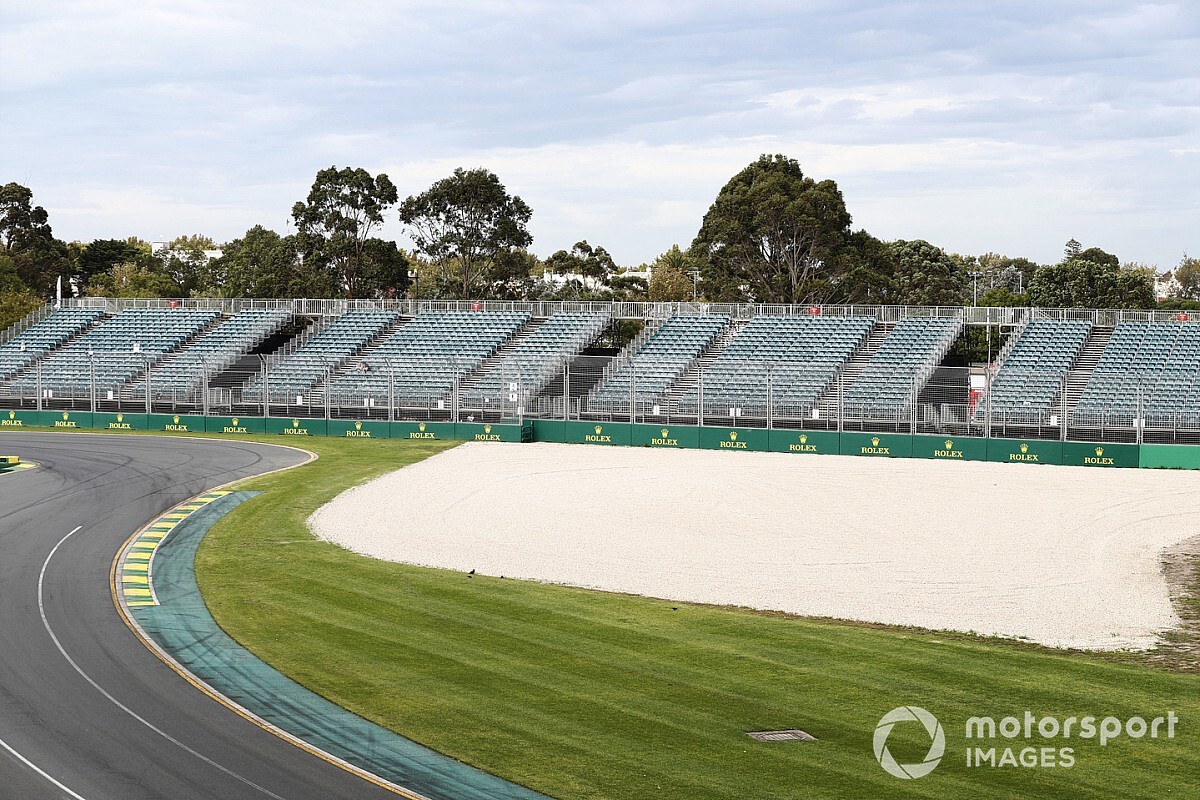 The decision to cancel the 2020 Australian Grand Prix has sparked a mixed reaction in the Supercars paddock.

Formula 1, the Australian Grand Prix Corporation and the FIA agreed to pull the pin on the event this morning, after a member of the McLaren team returned a positive test for COVID-19 yesterday.

The cancellation included all on-track activity, including the second round of the Supercars championship.

Supercars has confirmed it will try and replace the cancelled races later in the season.

The Albert Park situation has been met with mixed reaction from members of the Supercars paddock.

When asked by Motorsport.com if he agreed with the decision, Tickford's Lee Holdsworth said: "No I don't. I don't agree.

"What other sporting codes are doing is shutting out the spectators. I think that reduces the chance of [the virus] spreading.

"You know, we've been here for days on end now, so if pitlane has got it, you can't escape it now.

"I don't know the reasons behind Formula 1 management shutting it down, but unfortunately all of the cameras here are owned by Formula 1 and all the equipment. So if they shut down their show, it shuts down ours.

"I would've like for it to go ahead, for television, for our sponsors, for the fans to watch."

David Reynolds joked that the cancellation lived up to the Aussie tradition of 'chucking a sickie', before admitting he's unsure whether it was the right call or not.

"I can honestly say this is the first time I've taken a sick day without actually being sick!" he said.

"Honestly, I have no idea if it was the right decision. It's an odd feeling, very strange.

"We could have probably kept racing, but if Formula 1 cancels, we're the support category so I guess we have to follow suit."

“It is unfortunate that we will not be able to race this weekend, however in these unprecedented circumstances we support this decision made by Supercars and the Australian Grand Prix organisers," said Tickford CEO Tim Edwards.

"As a team, we had already taken several precautions to protect the health of our staff, fans, and the general public, and will continue to do so between now and our next race event.”

Team 18 owner Charlie Schwerkolt added: “What a disappointment it is.

“We are all in a holding pattern at the moment, but unfortunately we will not be racing this weekend.”

"While we are disappointed not to be racing this weekend, we support the decision that has been made to cancel the 2020 Australian Grand Prix," it reads.

"Health and safety of all personnel and attendees is paramount.

"We thank the category and all our partners for their ongoing support in a difficult situation."