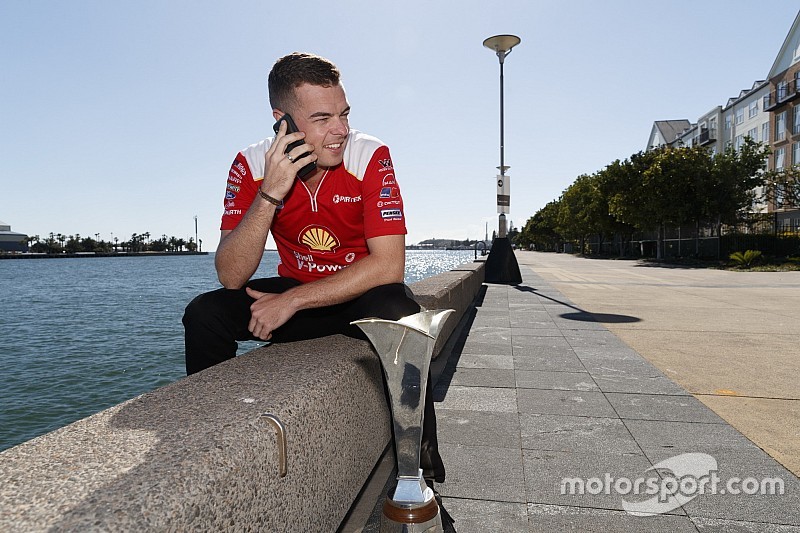 Scott McLaughlin claims you can fit 40 chicken McNuggets inside the Supercars trophy, following a night of celebrations in Newcastle.

The Penske driver wrapped up his maiden title after a tense Supercars finale yesterday, redeeming himself after missing out on the crown in dramatic circumstances 12 months ago.

Admitting it was an incredible relief to finally seal his first title, McLaughlin hit the town in Newcastle to celebrate last night – and along the way discovered how many chicken McNuggets can fit inside the trophy.

"I'm very relieved [to have won the title]," he said. "It was something I've worked for my whole life, and as a team we've worked very hard for this.

"It's a massive weight off my shoulders."

"[The celebration] was amazing. Like I said, relief for everyone. It was just fantastic. I certainly had a couple of sherbets here and there, and the trophy was filled up with beer, and spirits, and chicken McNuggets.

"You can actually fit 40 McNuggets in the trophy, which is quite interesting. That's a fun fact for everyone.

"I had an amazing night, some really cool speeches. [It was a] very emotional night, very cool."

The title celebrations will continue in Sydney tonight with the official gala awards, which will also see someone crowned winner of the Barry Sheene Medal, Supercars' version of a best and fairest award.