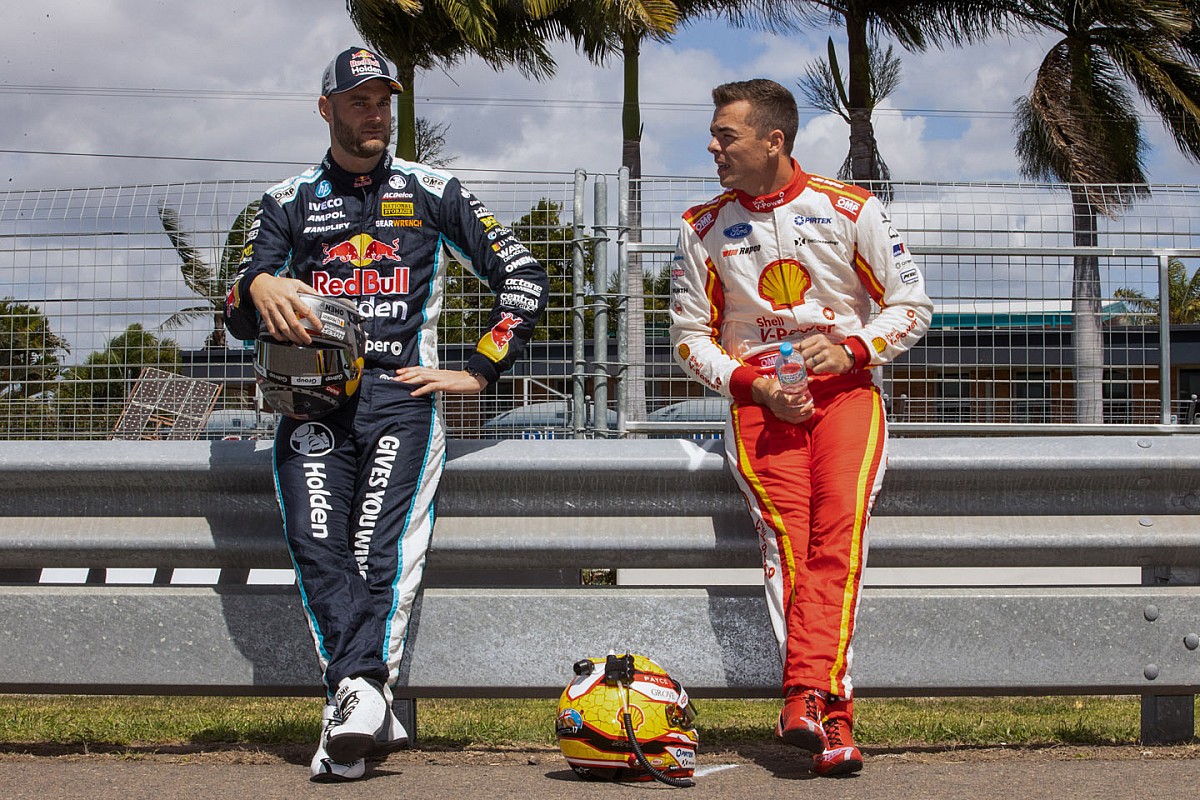 Scott McLaughlin feels it's too early in the season for "silly games" from Triple Eight, after being run wide by Shane van Gisbergen in today's third race in Townsville.

The Penske driver found himself under attack from the two Red Bull Holdens late in today's race, after using an early stop and an undercut to vault into the lead.

The daring strategy almost worked, McLaughlin only undone by a late Safety Car that brought van Gisbergen and Jamie Whincup, both with better tyre condition, into the game.

Van Gisbergen made the decisive move for the lead four laps from home, diving under McLaughlin into Turn 12.

However rather than simply passing McLaughlin he ran his Mustang wide, which allowed Whincup to sneak into second place and take a few points back from the series leader.

In his immediate post-race interview McLaughlin labelled van Gisbergen's move "average" and lamented not having a "fair battle" with Whincup.

He then expanded on those comments in the Trackside post-race show, saying he feels three events from home is too early for "silly games".

"I had to run wide because I was put out there," he said.

"For me, I knew I didn't have the pace for Shane. He had the fresher tyres and obviously the Safety Car at the end really hurt us. I think we did an awesome job holding on that far.

"I would have just liked to have had a one-to-one battle with Jamie. In my eyes that would have been awesome. I get the team game, I feel like it's a bit too early for those silly games.

"For me, whether I agree if that's sportsmanship or not, that's fair game. They're a top team, they set a precedent, so let's go."

McLaughlin still holds a 143-point lead over Whincup with three events, worth 900 points, to go in the truncated 2020 season.