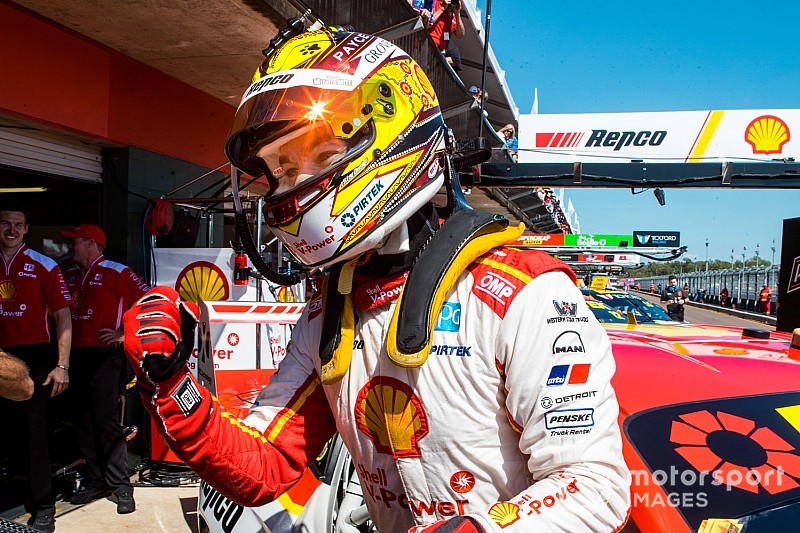 The reigning champion is on a seemingly unstoppable march to a second title, grabbing his 11th and 12th wins of the season in Darwin as he became the first driver to secure the Top End's elusive Triple Crown.

He now has more than a round's worth of points up his sleeve, with a 319-point gap back to teammate Fabian Coulthard.

There has been an element of controversy to his dominance, however, thanks to the introduction of the Mustang.

The car has sparked an ongoing parity debate, which has included three in-season adjustments from Supercars' technical department, the latest of which was an aero tweak for the Holden Commodore on the eve of the Darwin round.

Having admitted back in May that he was frustrated by the parity debate, McLaughlin reckons he's now come to terms with the idea that some factions of the fan base will question his dominant form.

He also says the backlash is a sign of passion from Supercars fans, which is actually a positive for the sport.

"I've got so used to it now," McLaughlin. "Whatever you do, there’s always going to be someone kicking you down. It’s the tall poppy thing.

"You've just got to push on as a team, work hard with what you got. There’s always going to be negative somewhere.

"That’s what builds the passion in the sport. That’s why it’s great that the Holden fans might boo me or boo our team, because that means we've got good support from the whole series.

"And one day, those Holden guys will come back, and it’ll be awesome. Whether you’re getting cheered or booed, it’s a good thing because the sport’s popular."

When asked to expand on where he felt the criticism has been coming from, McLaughlin highlighted both social media and pre-race driver parades.

"There’s a bit on social media," he said. "There’s the Holden fans. I’ve seen bits and pieces, [but there's] nothing crazy.

"Obviously the team is copping a fair spray thinking we have an advantage or whatever. People don’t believe that we can be good as a squad. So, you just see bits and pieces on social media.

"[There are] little things on the driver parade, people yelling out like bits and pieces. Like I said, it’s passion, and we need it in our sport.

"It’s there. I mean, [Jamie Whincup] has had it for 10 or so years, and all he’s done is just been the best in the business."