Scott McLaughlin will pay tribute to Dick Johnson with a one-off helmet design at the Bathurst 1000, before gifting the helmet to the racing legend after the Great Race. 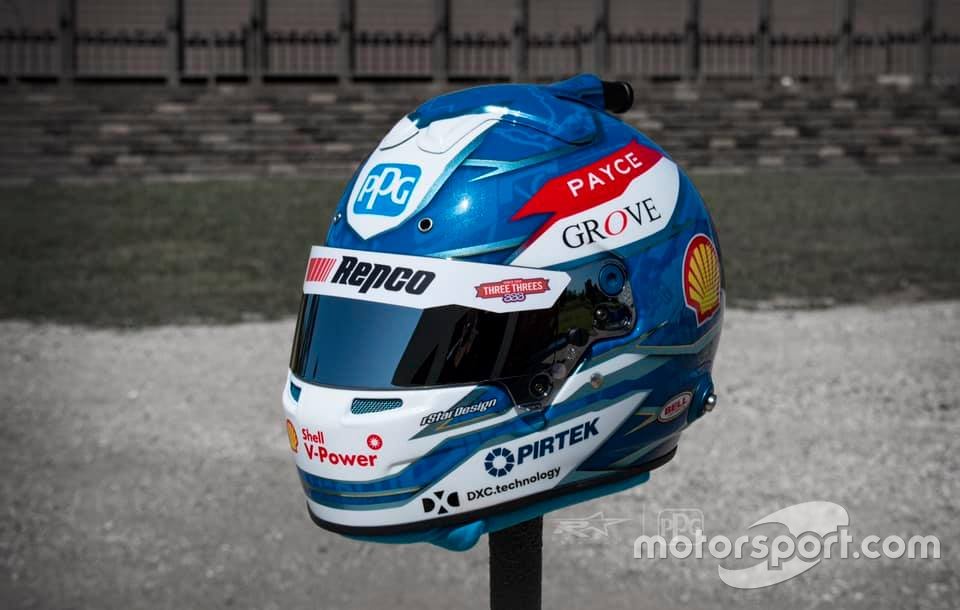 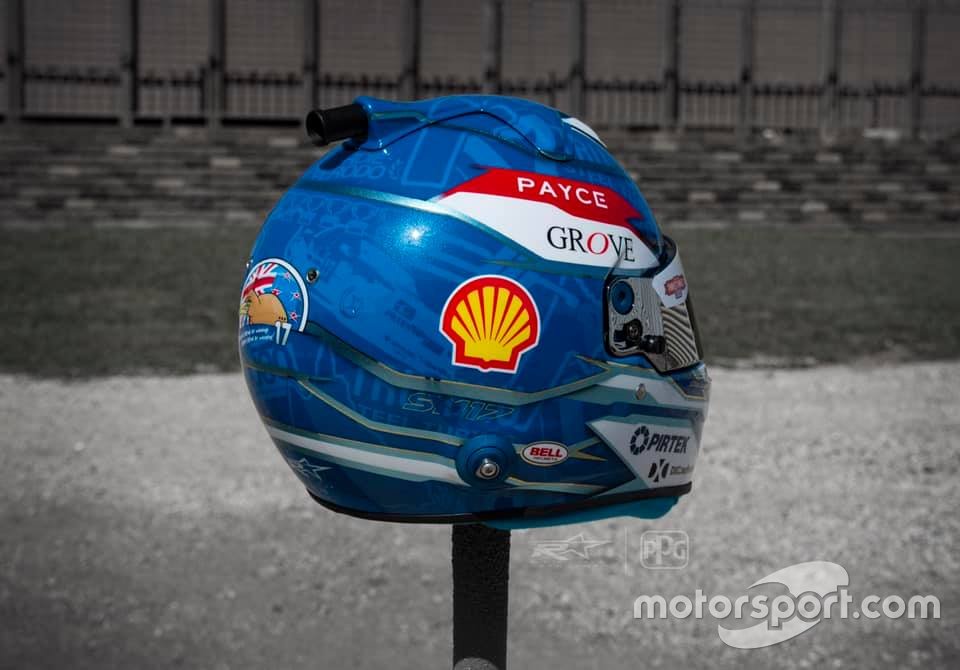 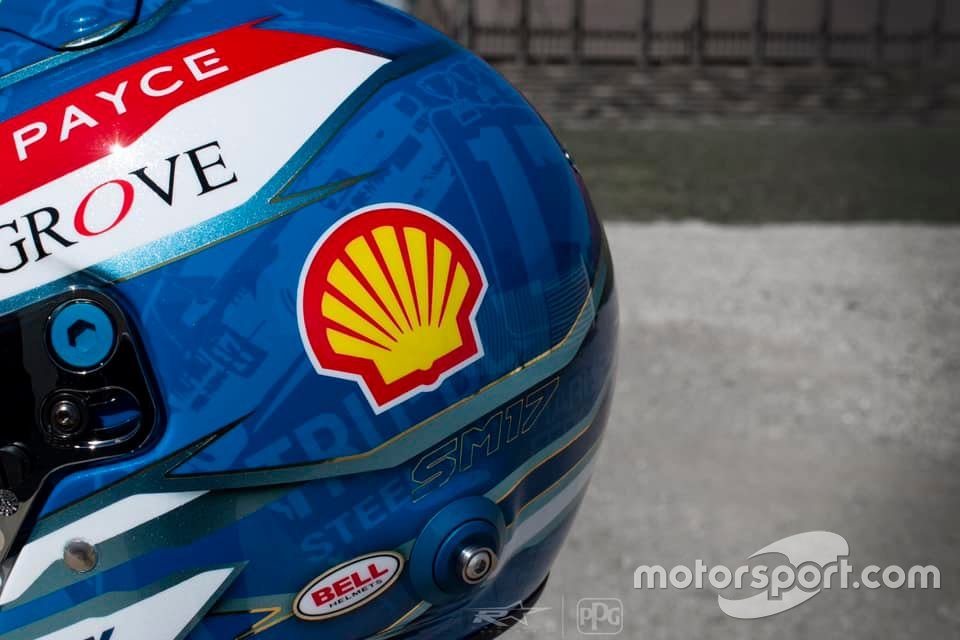 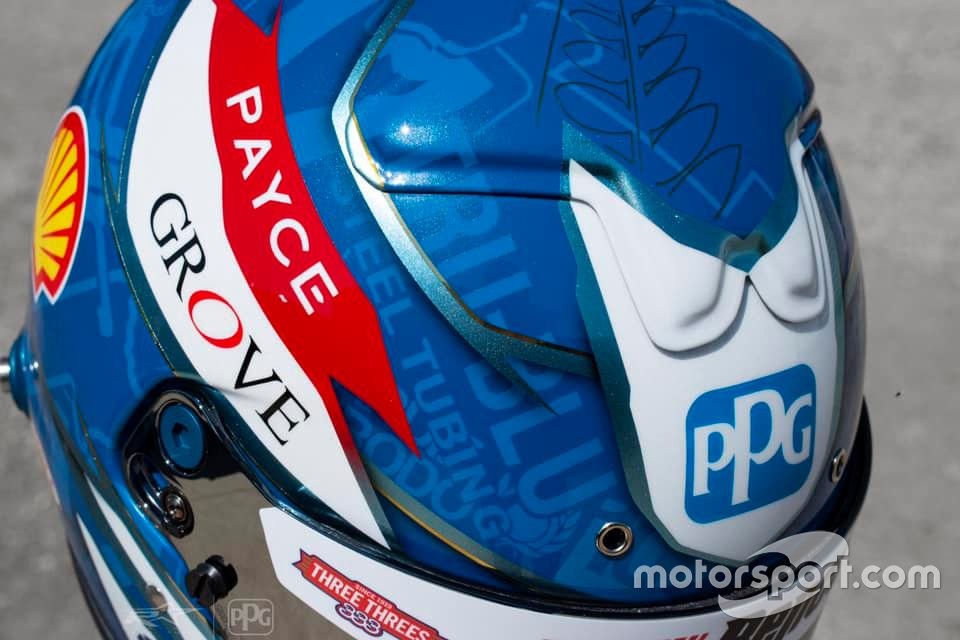 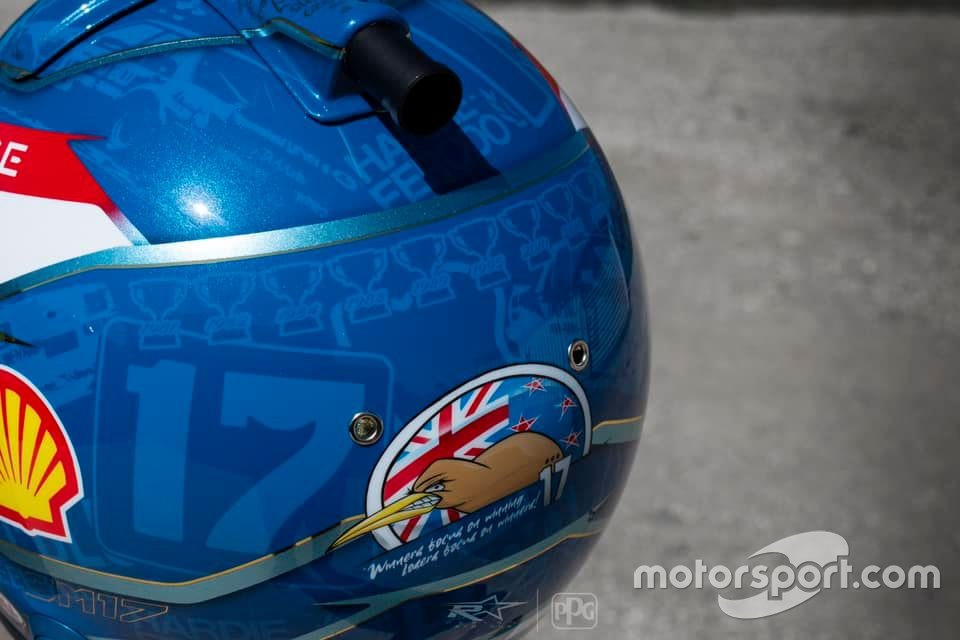 The Kiwi will swap his traditional yellow helmet design for blue next weekend to celebrate four decades of Dick Johnson Racing.

The colour is a nod to Johnson's famous Tru-Blu Falcon, with artwork featuring the car itself, trophies to celebrated the team's titles and Bathurst crowns, and the famous #17 number plate.

“It’s a massive tribute to DJ and what he has built as a team," McLaughlin told the official Supercars website.

“My helmets are traditionally pretty yellow so it’s completely different to what we’ve had.

“It’s based completely off DJ and that car, it’s so famous in Australian history really. At the end of the race I’m going to sign it and give it to DJ as a bit of a gift for the 40-year anniversary.

“I take a lot of privilege in driving the #17 and I think he loves me driving it.

“It’s been a lot of fun. It’s cool, just something to thank him for the opportunity and to carry on.”

McLaughlin joined what's now known as DJR Team Penske for the 2017 season, and has added three titles to the squad's total haul of 10.

Whether McLaughlin will be a DJRTP driver beyond this season, however, is not yet confirmed, with speculation rife that a full-time IndyCar switch beckons.

He'll make his debut in the US series in St. Pete just a week after Bathurst.

Supercars is adamant the Repco Bathurst 1000 will proceed as planned this weekend despite forecasts of heavy rain.

The final Bathurst 1000 for the Holden brand should be a big deal, but three years into the brand’s exit, there is an element of farewell fatigue.

The 2022 Repco Bathurst 1000 is here! Let's take a look at the 56 drivers that will battle it out for Great Race glory this Sunday.