Scott McLaughlin has been hit with a $10,000 fine for taking a promotional poster on to the Queensland Raceway podium, along with $3000 for his post-race burnout.

McLaughlin's tense win at the Ipswich circuit secured the 2019 Manufacturers' Championship for Ford, which he celebrated on the podium with a mock newspaper cover reading 'Mustang wins title'.

That, however, breached an established rule banning such promotional material on the podium, which cost the Kiwi a cool $10,000.

McLaughlin also copped a $3000 for his post-race burnout, which, according to the report, went "past the nominated points".

Triple Eight and Tickford were also hit with post-race fines for refuelling tower breaches, the latter copping the $10,000 fine, half of which is suspended, twice.

“Following a post-race DRD investigation and an admission of a breach of Rule D25.6.1.4 (Refuelling Tower) and of the authorised representative briefing instructions, by each of the following teams, the stewards imposed the penalty of the loss of 50 teams' championship points and a fine of $10,000, $5000 of which is suspended until 31 December 2019: Red Bull Holden Racing Team; Tickford Racing 1; and Tickford Racing 2," read the report. 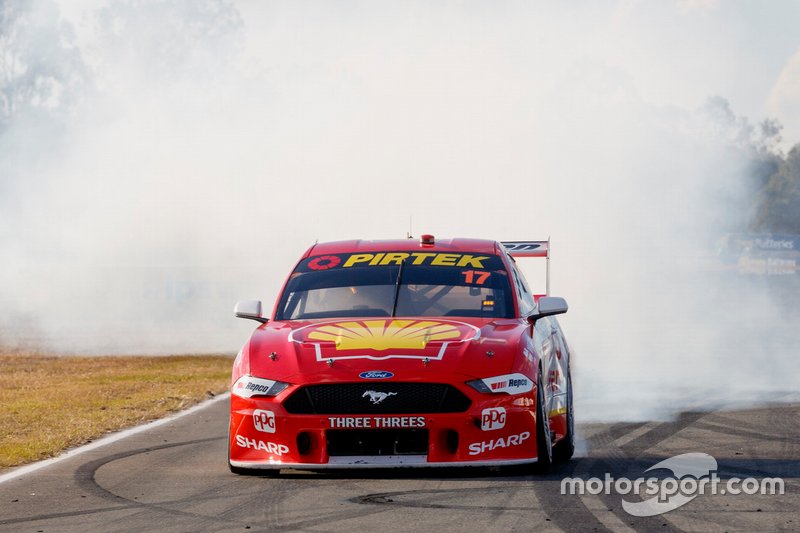