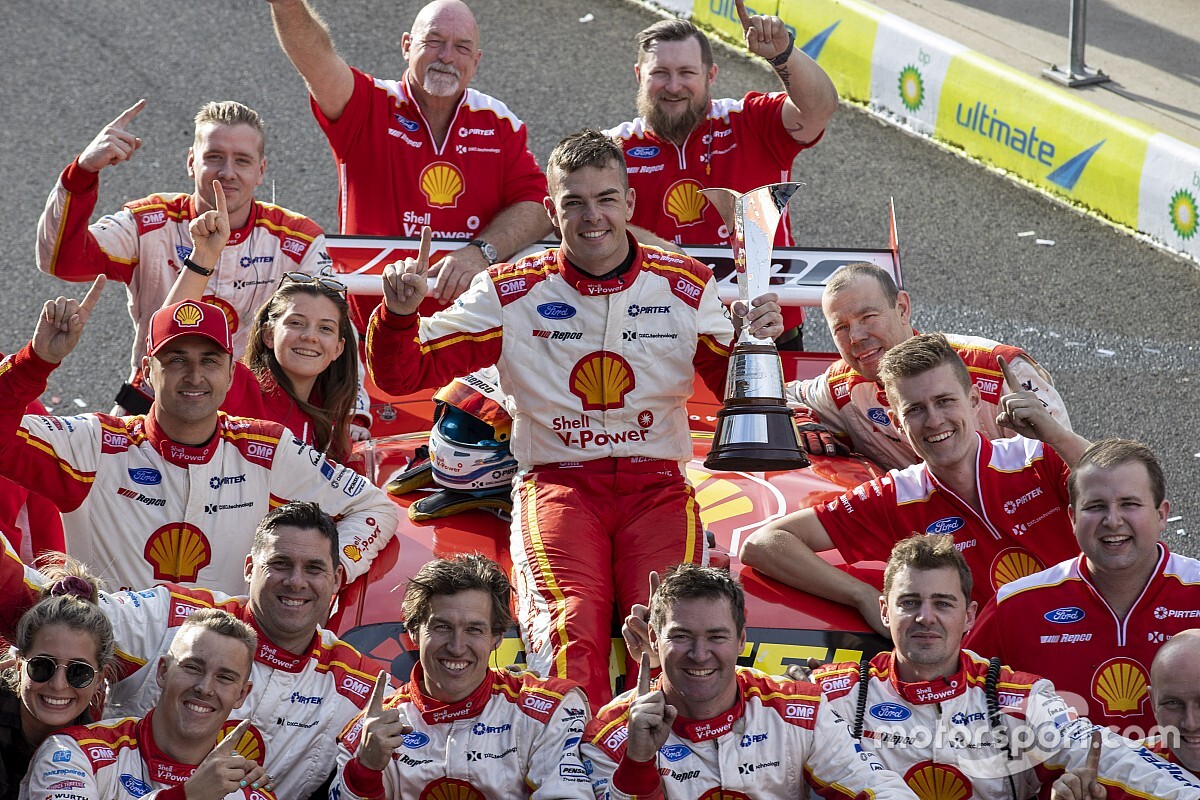 Scott McLaughlin has won the Barry Sheene Medal for a third time.

The freshly-crowned Supercars champion was presented with the category's Best and Fairest title on the Bathurst 1000 podium, which this year doubled as the end-of-season awards in lieu of the traditional Gala night.

McLaughlin is now the second most successful driver in the award's history behind five-time winner Craig Lowndes.

"Thank you very much to the media and the people that vote on this, it's a proud moment," said McLaughlin.

"It's a medal that's highly regarded in the category, and Barry was a great man, although I didn't meet him. To display the qualities that I've heard about is a very proud moment for me and my family and the team."

"Thanks for every one of you guys for voting for me. I obviously didn't run into you enough this year," he joked.

DJR Team Penske was also awarded with the teams' championship, the Ford squad set to retain its spot at the end of pitlane in 2021.