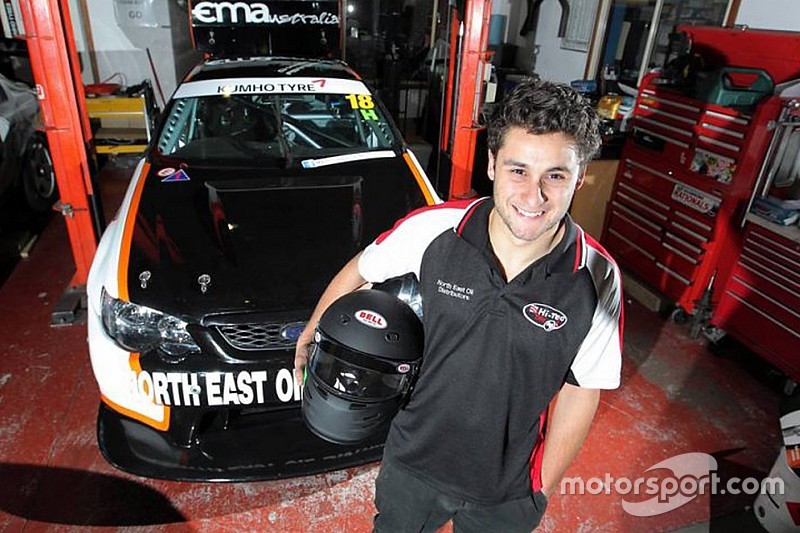 Matt Chahda has been refused a Supercars Superlicence by the Confederation of Australian Motor Sport, as he looks to complete a deal to become and LD Motorsport driver.

The Dunlop Series regular was in attendance at today’s Supercars season launch in Adelaide, and was largely expected to be named alongside Alex Rullo as an LD Motorsport driver.

However, just a day after giving 16-year-old Rullo dispensation for the Superlicence, CAMS has released a statement confirming that it has refused a similar request from Chahda.

“The Confederation of Australian Motor Sport (CAMS) has refused a dispensation for a Superlicence by Matt Chahda for the 2017 Supercars Championship season,” it reads.

“This was communicated to his team yesterday afternoon.

“It is the opinion of CAMS that Matt Chahda has not demonstrated the necessary driving skill and competency to support the dispensation requested.

“CAMS values the safety of competitors, officials and fans above all other considerations.”

While Rullo didn’t meet either the age requirement (17) or the points requirement (13), the West Australian was yesterday granted dispensation from CAMS.

But despite meeting at least the age requirement, 23-year-old Chahda hasn’t been given the green light from the governing body. As it stands he has six points; four for finishing second in the 2012 NSW Formula Ford series, two for fourth in the 2014 Kumho Series, and a point each for his 22nd and 20th in the Dunlop Series over the last two seasons.

Chahda was also disqualified from last year’s Sandown round of the Dunlop Series after sparking on a multi-car accident at the start of Race 2.

The controversial decision leaves a question mark over LD Motorsport’s plans for the 2017 season.