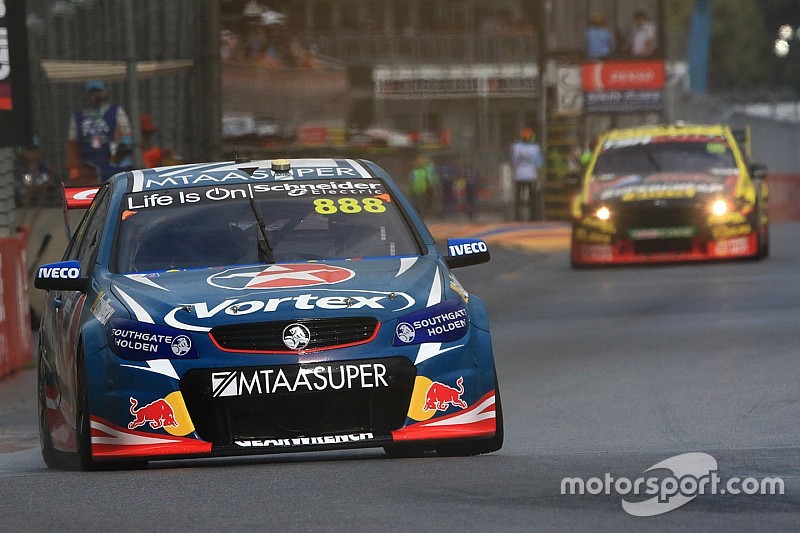 Lowndes, this weekend on debut in a standalone ‘third’ T8 entry, was a front-runner throughout the majority of the weather-affected Sunday race – despite starting way back in 17th.

But despite spending most of the race scrapping with the leading group, having not met the mandatory 140-litre fuel drop meant Lowndes had to pit at the beginning of the last lap – which meant he slipped from second all the way back to 15th.

“It was a crazy day and a crazy race,” he said.

“We've had hot weather up until now and we knew there were some storms around, so at the beginning of the race we all opted to go with the wet weather tyre and a wet weather setup, and the car was good.

“I haven't raced around here in a long time in the wet weather and we had to find where the white lines were and all the slippery bits, but other than that the car was brilliant in both wet and dry.

“We'll have a look at the way it all panned out, but I think we deserved to be a lot further up than we were. But that's motor racing.”

Despite ultimately not coming home with a decent result from Sunday’s race, Lowndes says there’s plenty to smile about after the first round of the new season.

“We've got a straight car and we're very happy with the progress over the weekend,” he said. “We made really good inroads with the car and the team, and I think we're looking good for the season ahead.”