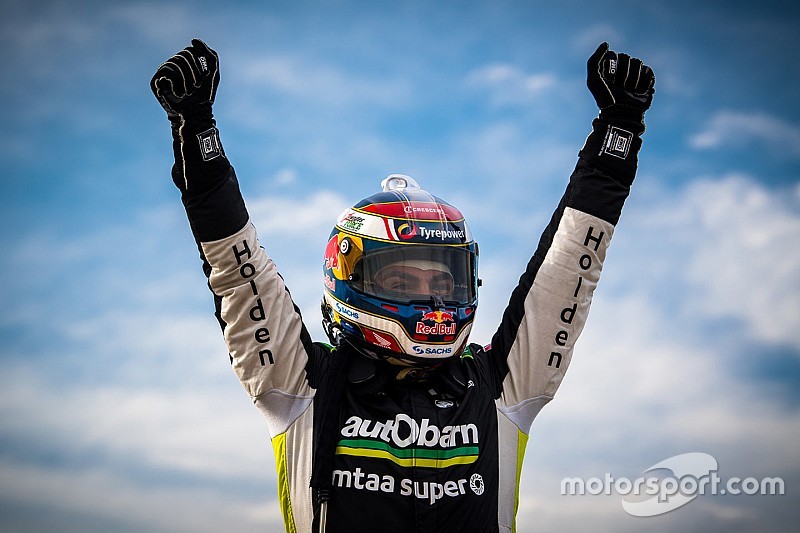 Craig Lowndes says making his decision to retire from full-time Supercars racing public has brought on a sense of relief.

The veteran Supercars star will walk away from the sport on a full-time basis at the end of this season, leaving 12 months to run on his current Triple Eight contract.

He's set to continue with T8 as an enduro driver, as well as working with the Supercars TV coverage team.

The news was made public today in Townsville.

"Obviously for us it’s timely to be able to get this out, to be able to spend the next six months enjoying what Supercars is and where we go and what we do, and I think that for us, once both [Triple Eight boss] Roland [Dane] and I made that decision about stepping down and retiring from full-time driving, that we wanted to get it out earlier rather than later so we can all get organised for next year and have an opportunity to do that.

"I think to be able to do it here at Townsville, 10th year here, is quite special, and for me it’s nice to get it out there.

"It really is for me more relief than anything to be able to get it out there."

The six-time Bathurst 1000 champion added that telling the Triple Eight crew was particularly difficult, given he's been with the team since 2005.

"I think that you see the faces of what we’ve created. Some of the team members have been there longer than I have, and to see where and what Triple Eight’s created, what we’ve been able to do as a collective team, has been fantastic.

"I saw some of the toughest people that we’ve got in our team tear up, so for me it’s great to be able to announce it; we can now hopefully put it behind us and get on with obviously the rest of this weekend, but beyond to 2018, and they’re as motivated as I am now to finish the season off on a high.

"Some were a little bit surprised, but all of them were very supportive."