The squad has confirmed that Kostecki will join regular drivers Chaz Mostert and Bryce Fullwood in the line-up for three events –The Bend SuperSprint, Darwin Triple Crown and Perth Supernight.

Each of those rounds will feature a 26-car grid, with the 24 full-timers joined by Kostecki and Tickford wildcard starter Thomas Randle.

Kostecki has a number of single-driver Supercars starts to his name, having subbed for an injured Lee Holdsworth at Team 18 in Townsville and at Queensland Raceway in 2016.

He also made wildcard starts at QR and The Bend in 2018 for his family Kostecki Brothers Racing squad.

Kostecki then joined WAU for the Bathurst 1000 last year to partner Bryce Fullwood, although missed out in a return for the Great Race this year due to Holdsworth joining the line-up.

For this latest wildcard swing Kostecki will drive the same chassis raced by Alex Rossi and James Hinchcliffe at Bathurst in 2019, and is set to test the car at Winton tomorrow.

“I am super excited to be given this opportunity by Walkinshaw Andretti United to join the team for the three rounds this year, it’s great to continue the relationship after our Bathurst campaign last year, they are a great bunch of people," said Kostecki.

“I’m really looking forward to getting into the #27 car tomorrow at Winton to start building on our programme.

“Being from Perth and having an opportunity to line up on the grid there later this year is very special, and I can’t wait to get stuck into it with the team.”

WAU team principal Bruce Stewart added: ‘It’s fantastic to have Kurt back with us, this time for three rounds in the main game. He certainly impressed us at Bathurst, not only with his driving, but his attitude and professionalism.

“There’s no doubt he is a great young talent of the sport, so giving guys like him the opportunity to showcase their skills in the main game is not only pleasing for us as a team, but also crucial for the sport.

“The Bend and Darwin will be great events, but I’m equally excited to see Kurt race around in his backyard when we get to Perth.”

There will be three Kosteckis on the grid at those events, Kurt's brother Jake (Matt Stone Racing) and cousin Brodie (Erebus Motorsport) both with full-time seats this season. 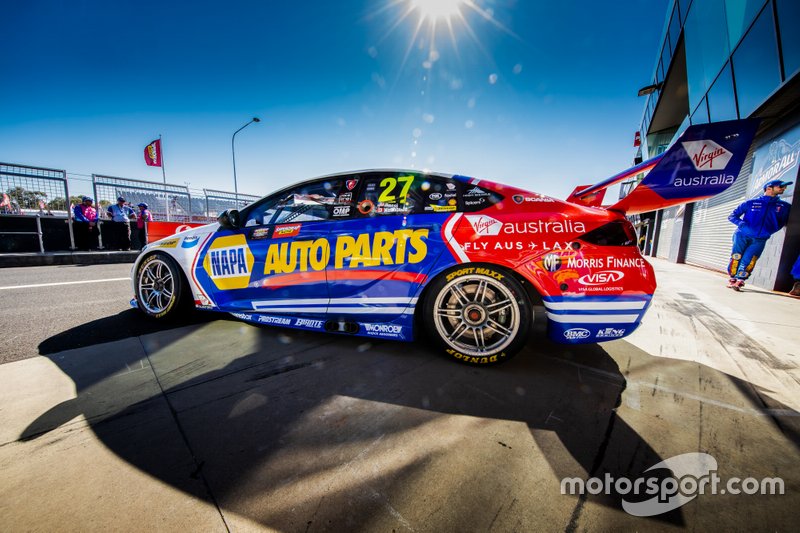