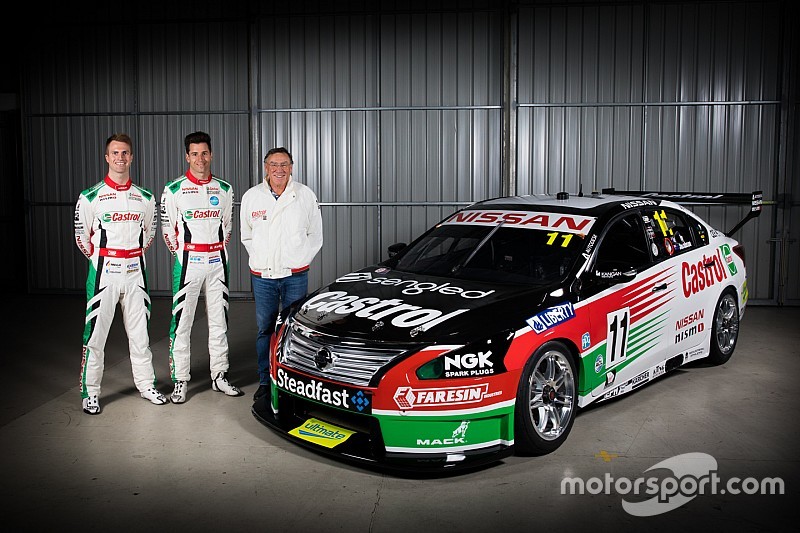 Rick Kelly will pay tribute to Larry Perkins' 1993 Bathurst 1000 triumph with a special livery and change of race number for next week's edition of the Great Race.

The lead factory Nissan will run its second Perkins-inspired Castrol livery in as many race weekends, backing up the retro round effort with an impressive throwback to 1993.

The livery, complete with switch to Perkins' famous #11, pay tribute to the 25th anniversary of the Aussie Touring Car great's Bathurst win alongside Gregg Hansford in a Perkins Engineering VP Commodore.

The 'sawtooth' design didn't just triumph in '93 either, Perkins having carried a similar look for his Mount Panorama wins alongside Russell Ingall in '95 and '97 as well.

Perkins and the Nissan Motorsport outfit aren't just linked through a mutual sponsor, the Kelly Brothers-run team having taken over much of the old Perkins Engineering team back in 2009.

According to Kelly, having Perkins personally give the livery the thumbs up was a special moment.

"Larry is a real legend of our sport and a lot of his most famous moments were at Bathurst,” said Kelly.

“To win three times in fives years is a remarkable performance.

"This livery is a definitely a fan favourite and something I am honoured to be racing in. I hope 2018 will be the fourth victory for this design.

“It was a special moment to have Larry walk in to his old workshop to see the car. I grew up watching Larry race and this is without doubt one of the key highlights of my career sharing this moment with him.”

Bamber says Triple Eight 'could fight anywhere in the world'