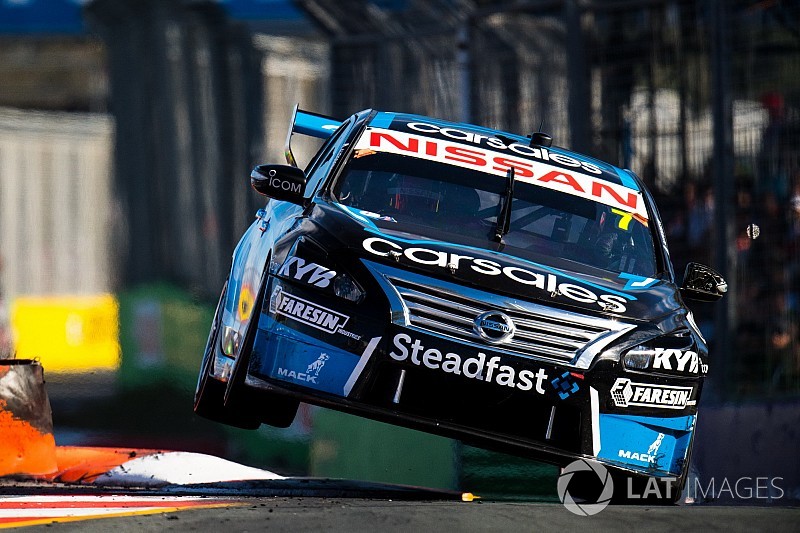 Supercars veteran Todd Kelly has confirmed he will step down from full-time driving at the end of the current season.

The former Holden Racing Team star and 2005 Bathurst 1000 winner will bring his 20-year professional career as a full-timer following next weekend’s Newcastle 500.

He’ll likely continue as an enduro co-driver, and further focus on his role as the part owner of the Nissan Motorsport outfit.

According to Kelly, a persistent knee injury is a considerable factor in his decision.

“I’ve had knee surgery twice this year, and it’s been a decent battle,” said Kelly.

“Although, there have been positives for having a dodgy knee. I had gone 20 years without perfecting left-foot braking, and at SMP this year I had to left-foot brake all weekend. By the end of the weekend, I’d gotten pretty good at it.

“But in such a competitive sport that’s not something you want to develop during an event.

“To have a 20-year career doing something you love is pretty special.

“It’s been a long, solid and clean career of being a professional driver. And even though I would probably change a few things if I had my time again, there’s not anything I regret over that period.”

Kelly’s retirement means Nissan will have a full-time seat to fill for next season, alongside Rick Kelly, Michael Caruso, and Simona de Silvestro.