Whincup passed pole-sitter Will Davison halfway through the first lap and was never headed, easily winning by 4.1 seconds. Joining Whincup and Davidson on the podium was Shane van Gisbergen in third.

Alex Premat was pushed to the back of the field after being turned around in a second lap scuffle with Tony D’Alberto and James Courtney. D’Alberto attempted to pass Courtney and hit both Holdens, damaging Courtney’s front-suspension and forcing him out of the race. 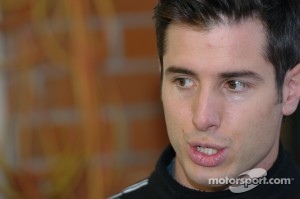 Rick Kelly received minor damage in the same incident before heading to the pits mid-race with smoke coming from Commitment Holden after damaging an oil line over the kerbs. The team quickly repaired the car and got Rick back out in the race three laps down, to eventually finish 27th.

Tim Blanchard drove a solid race and had a race long duel with Greg Murphy and Taz Douglas, and later in the race Steve Owen. Blanchard eventually passed both Douglas and Murphy to finish 25th.

Race 24 was completed solely on the hard compound Dunlop rubber, with soft tyres to be used in Races 25 and 26.

Jamie Whincup took another commanding victory in the second of three races at the Yas Marina circuit and extended his championship points lead to 270.

In a repeat of the previous race, Will Davison and Shane van Gisbergen joined Jamie on the podium.

Rick Kelly started from 13th on the grid and immediately found himself battling in a big mid-filed pack that included James Moffat, James Courtney and championship contender, Craig Lowndes. By lap four Rick had been shuffled back one spot as the battle continued, however a few laps later he passed both Moffat and Courtney to break free from the pack and finish 12th.

After starting 27th, Tim Blanchard also found himself in a battle with fellow Kelly Racing driver, Greg Murphy and after swapping places on a number of occasions, eventually got the upper hand and finished 26th.

Supercars: Stone predicts Gen3 will be delayed until 2023