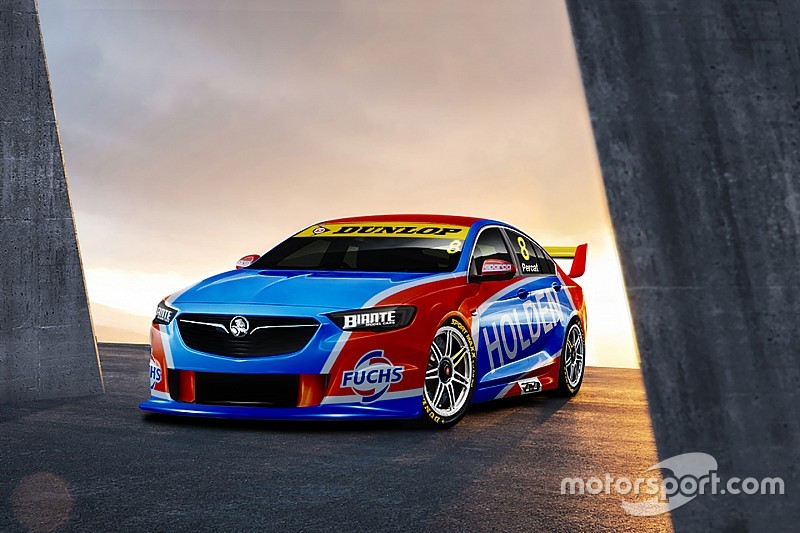 This is the brand new 2018 Holden Commodore, reimagined in full Supercars trim.

The shape of the brand new German-built Opel Insignia – which will be sold in Australia as the Holden Commodore – was first revealed by our sister site Motor1.com a week back.

The new Commodore, which will go on sale in 2018, has caused a stir down under as its the first imported car to carry the Commodore nameplate. It will also be front-wheel-drive, and buyers won’t have the option of either a manual gearbox or a V8 engine, Holden opting for four-cylinder petrol and diesel, and a V6.

The Supercars version of the Commodore will head the same way, with Triple Eight already working on a 2018 Commodore which will be powered by a turbo six-cylinder engine rather than a V8.

Words with Cam Waters: Ending the season with a bang

Date and layout locked in for Newcastle Supercars race