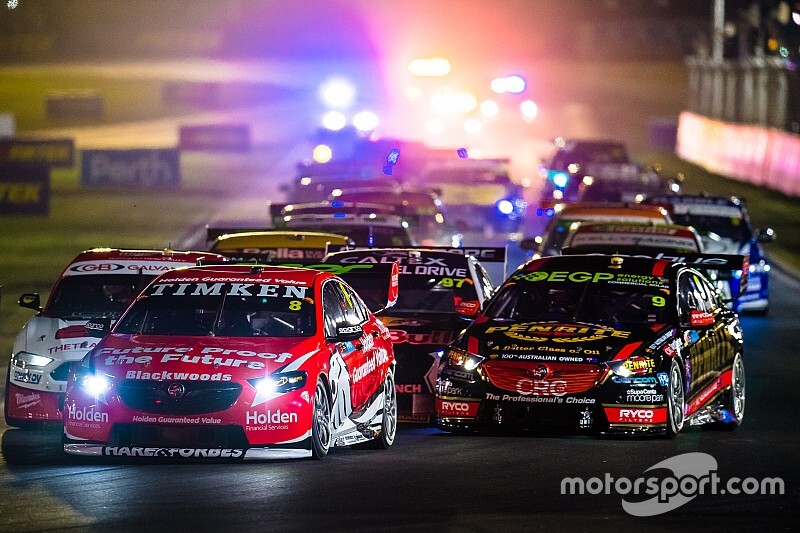 The third instalment of Supercars' Inside Line documentary series offered a new take on the tensions created by team orders.

Rarely a season of top-level motorsport goes by without a handful of intra-team blow-ups over team orders.

And, thanks to the wonders of modern broadcasting, we quite often get to listen in as an engineer and driver squabble and bargain over who should be doing what when team cars are running nose-to-tail.

What the third episode of Inside Line gave us, however, was a new take on the tensions that can be generated by shuffling drivers.

It was a fascinating look at how an engineer and a team boss can come to blows as well.

Motor racing can be an explosive mix of team and individual pursuit. Team bosses want both cars as far up the order as possible. But driver/engineer combos know their primary competition is coming from the other side of the same garage.

And that makes simply calling off the fight a difficult pill to swallow.

As detailed by last night's Inside Line, that's the precise situation Erebus found itself in at Wanneroo Raceway last year.

When David Reynolds found himself cramped up behind Anton De Pasquale, the team did its best to orchestrate a switch.

It started out civil enough, Al asking Mirko if Dave can breeze past.

Al tells Dave "he's going to let you go," but it doesn't happen.

As Rick Kelly keeps closing in on the pair, Barry gets involved. And that's when the fun really starts.

"He's just going to have to let him past," he tells Mirko. "Next lap, down the back straight, he's letting him past. They're just holding each other up, it's bulls**t."

That prompts Mirko to use stronger wording to Anton. "Okay mate you have to let Dave past please, that's the order," he says.

"What?," comes the reply from the driver. "You can't expect me to roll out of it. If I let him past, I've got to let Rick Kelly past too."

That risk does exist, and Barry pins the blame for the switch taking too long squarely on Mirko.

"That's why we said it two laps ago. You didn't tell him," says Barry.

Mirko fires back: "What didn't I tell him?"

Barry: "Tell him to let him past. That's what I said."

Mirko: “Jump on the radio and tell him now too."

Dave did eventually get by, the pair finishing sixth and seventh respectively.

Inside Line continues on Thursday, when things start to heat up between Dave and Scott McLaughlin on the streets of Townsville.