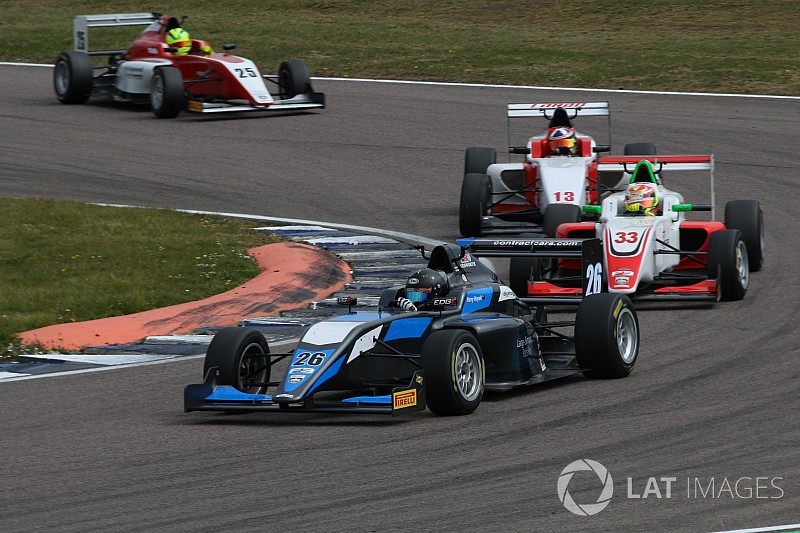 Harry Hayek is set to make a return to motorsport in the third-tier Kumho V8 Touring Car Series this weekend, more than a year after a British Formula 3 crash left him sidelined with a fractured vertebra.

The Australian crashed during practice for the BRDC British F3 round at Snetterton last May, a burst fracture in the L1 vertebra leading to his T12 to L2 being fused together with metal rods.

After a lengthy stay in hospital and an even longer recovery to full fitness, Hayek is now set to return to motor racing. However he's given single-seaters a miss, instead inking a deal to join Brad Jones Racing's line-up in the third-tier Kumho Supercars series.

He'll make his debut in the BJR VE Commodore at Queensland Raceway this weekend.

“It’s been quite a journey the past 15 months, very testing at times, but the thing that kept me going was my desire to return to racing," he said.

"It’s all I have ever thought about since the crash. I can’t thank my family and close friends enough who have helped me in many different ways.

"I get to jump into the car tomorrow for the first time and can’t express in words how excited I am to drive again and especially with such a successful team.

“Moving from single-seaters to Touring Cars this weekend will be a challenge, but I feel I’m ready for it. It would have been advantageous to have done more prior to the weekend, but we can’t win them all, so I’ll go out and give it my best.”

Hayek's Supercars experience is limited to a test with BJR back in 2016 and a day in an Image Racing Supercar recently to assess whether or not his back could withstand the rigours of driving a racing car again.

Why Simona is earmarked as the new Craig Lowndes