Ingall steps in to replace Courtney 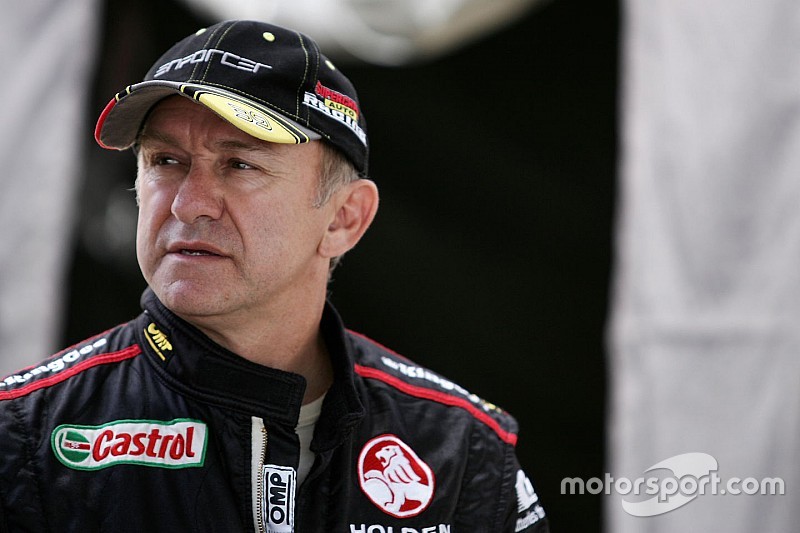 Russell Ingall will replace James Courtney at the Sandown 500, bringing the famous Ingall/Perkins combination back to V8 Supercars.

Courtney has now officially been ruled out of the race thanks to rib and lung injuries sustained when struck by debris sent flying by a helicopter at Sydney Motorsport Park.

And it has now been announced that Ingall will take his place alongside Jack Perkins in the #22 Holden Racing Team Commodore at the traditional Bathurst warm-up.

“Racing a red Commodore for Holden’s factory team is at the top of every driver’s wish list, including mine, and I thought my chance had passed,” Ingall said.

“To add my name to the list of the sport’s greats who have driven for HRT will be very special.”

The Ingall and Perkins names have a long history together in Australian motorsport. Larry Perkins – Jack’s father – first hired Ingall for the endurance races back in 1995, the pair recording a famous last-to-first win at the Bathurst 1000.

Ingall moved straight into a full-time role with the team, racing Perkins-run Commodores until the end of the 2002 season when he moved to Stone Brothers Racing.

In 2011 the names were reunited at Mount Panorama, with Jack joining Ingall at Paul Morris Motorsport for the long-distance races. They finished eighth at Bathurst.

Ingall retired from driving at the end of the 2014 season, and was set to miss the endurance races thanks to his new job working on Fox Sport’s V8 Supercars coverage.

“I’ve been very happy and comfortable working with Fox Sports on its V8 coverage, but when the call came to help out a mate I didn’t hesitate,” Ingall said.

“Jack’s also a mate and while he’s disappointed not to be driving with James as planned, we’ve driven together in the past and he understands the need for an experienced replacement.

“I know the guys on the team, they know me well, so at least there’s some hope of getting a result.”

While Courtney admits he’s not happy about missing Sandown, he says Ingall is the right man to take his place.

“It’s a tough situation – I’m not happy about missing the race, but if I have to then we need someone familiar with HRT and our cars, and Russell fits the bill,” Courtney said.

“He’s the logical choice because he’s a mate fresh from full-time driving. The team know him well and he and Jack have a lot of history together.”

It is as of yet unknown whether Ingall will also be required to drive at Bathurst and on the Gold Coast.