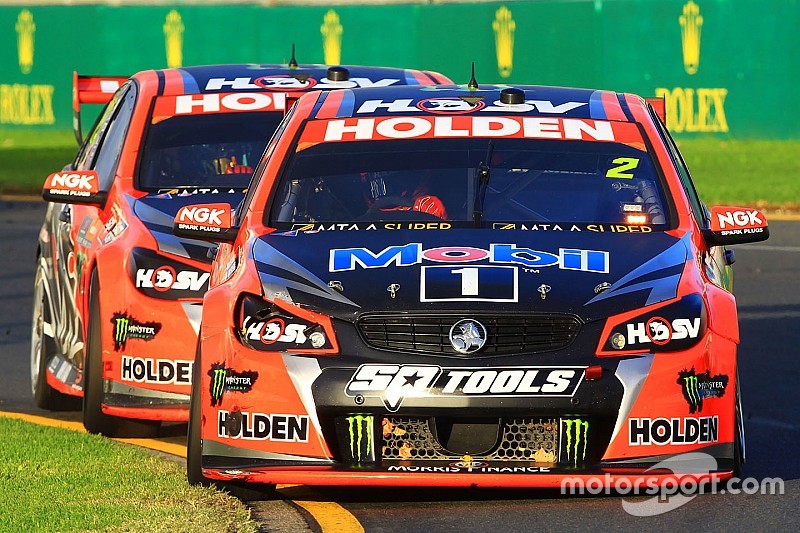 The Walkinshaw-run Holden Racing Team will be no more after the end of the 2016 season, with Holden announcing its primary backing will switch to Triple Eight Race Engineering.

Holden has made a fresh commitment to Supercars following months of speculation about its future as an official manufacturer in the series.

But the decision has come at the expense of the current Holden Racing Team, the carmaker opting to switch its primary backing from the current Walkinshaw Racing-run HRT setup over to what is currently Holden’s most successful team, Triple Eight Race Engineering.

A new three-year deal will see the Brisbane-based team run under the Red Bull Holden Racing Team banner from 2017 onwards, as it shifts to a “single factory-team motorsport strategy”.

The deal will also include Triple Eight undertaking the development of a new-generation Commodore Supercar, which will compete in the series from 2018 onwards.

It has not yet been revealed whether or not the new-gen Commodore racecar will be powered by the current V8 engine, or if Holden will become the first manufacturer to adopt the Gen2 regulations and use a smaller capacity turbo powerplant.

“Motorsport has played a significant role in Holden’s heritage and we’re proud to be carrying on that tradition with the new Red Bull Holden Racing Team, while reshaping our brand and presence in the market and in motorsport,” said Holden’s chairman and managing director Mark Bernhard. “We’re taking our company forward.

“I’d also like to thank and pay homage to Walkinshaw Racing with whom we have shared a proud history over many years.

“We’ll also continue to help Walkinshaw wherever we can. We support every Holden team in pit lane through various avenues such as marketing support, technical support, sponsorship acquisition, even down to helping design certain race liveries.

“Fans around the country will see the new Red Bull Holden Racing Team on the grid from next year but I’m especially excited about our next-generation Commodore hitting the racetrack in 2018. Australia can rest assured that our next-gen Commodore will live up to the iconic nameplate, on and off the track.

“Triple Eight is the most successful team of the modern era, they are simply the best at what they do. We’re very proud to continue our partnership with them.”

As alluded to in Bernhard’s comments, Walkinshaw Racing will continue to be aligned with Holden through its work with the Holden Special Vehicles brand, and will receive racing support similar to that given to other non-factory Holden squads.

It is expected the team will look to field two Commodores in Supercars beyond the end of the 2016 season.

Supercars pledges to work with Walkinshaw