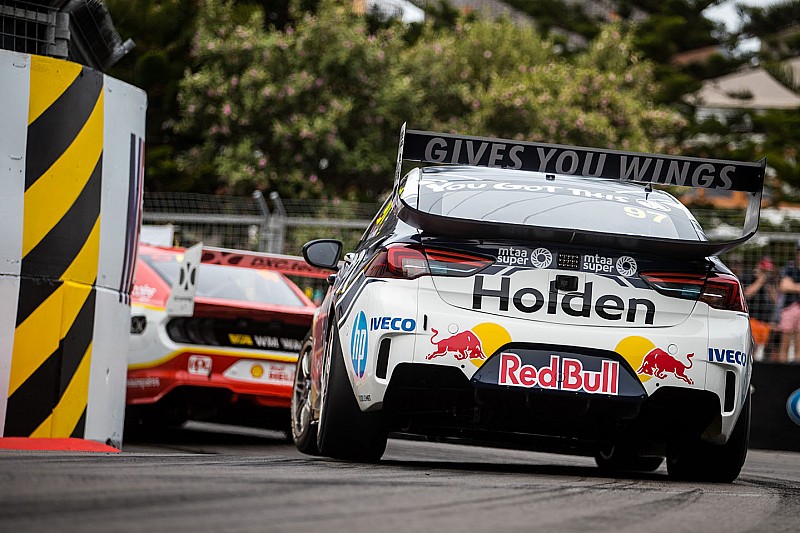 Holden hasn't ruled out a premature end to its Supercars programme in the wake of the General Motors decision to axe the brand at the end of this year.

The Aussie carmaker announced a fresh two-year commitment to its factory Supercars programme, run by Triple Eight Race Engineering, mid-way through last year, the deal covering the 2020 and 2021 seasons.

At the same time Holden confirmed the Commodore would continue in Supercars for the life of the new deal, a position reiterated when it was announced the road-going version would be dumped from showrooms late last year.

However today's news that GM will axe the Holden brand in its entirety at the end of 2020 has raised fresh doubts over the existing deal.

According to a Q&A on the Holden Facebook page the brand is 'aware of its commitment' to Supercars and Triple Eight – however there is no confirmation that the deal will be honoured.

Another question asked 'what is the future of Holden in Supercars racing?', to which the response was: "We will begin discussions with the organisers of Supercars and [the] Red Bull Holden Racing Team. We will update you on these discussions at the appropriate time."

Holden managing director Kristian Aquilina was equally cagey about the Supercars programme beyond 2020 during a press conference.

"We've made a commitment and certainly we need to sit down with our partners, Supercars Australia and the Red Bull Holden Racing Team, which we'll do hopefully in the coming days to talk about the appropriate transition," he said.

"But our intention is to still go racing in 2020 whilst we've got Holden vehicles out there in dealer showrooms."

A statement from Supercars also only referenced the 2020 season.

"Today’s news is understandably disappointing for fans who have followed Holden’s success in Australian Touring Cars and Supercars since its debut in the 1960s," it read.

"Holden has been firmly part of the heritage of our sport and has helped shape Supercars to become the sport it is today.

"The Commodore will remain on track for the 2020 Championship season and we’re looking forward to seeing it alongside the Ford Mustang once again this weekend when the 2020 Virgin Australia Supercars Championship begins in Adelaide."

Holden is also refusing to confirm if the planned introduction of Corvette to the Australian market, which could have provided a basis for a factory Supercars programme under the Gen3 rules post-2021, will go ahead.

"We will work through this and share information in the coming months," read the response in the Facebook Q&A.