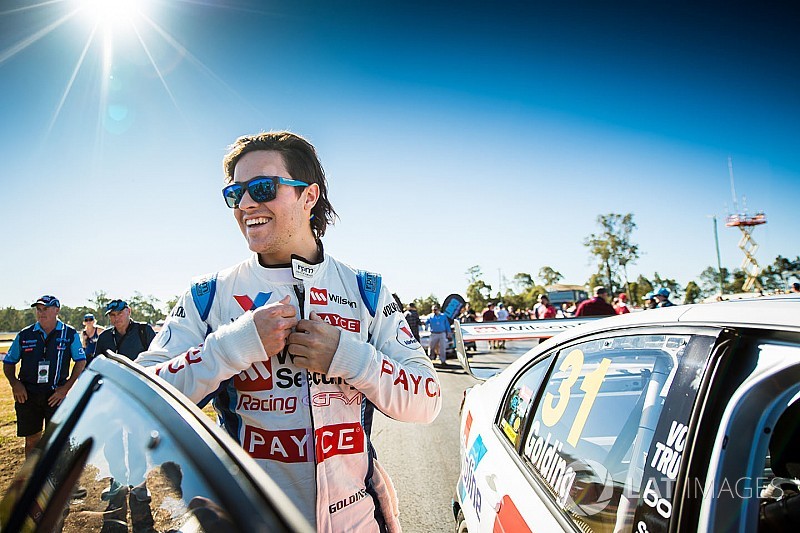 James Golding will step up to the Supercars main game full time next season, having been confirmed alongside Garth Tander at Garry Rogers Motorsport.

Golding's promotion comes as little surprise, the GRM protege having been heavily tipped to take over the second seat at the Melbourne-based squad after narrowly missing out on a drive this year when Tander joined the team.

Golding, who goes by the nickname 'Bieber' within the team, did still make his solo debut in the main game this season with a pair of Wildcard starts at Winton and Queensland Raceway, before partnering Tander at the three endurance races.

He's also been working for the team as an apprentice mechanic.

“I will be extremely proud to see Bieber race in Adelaide in just over three months time” said team owner Garry Rogers.

“I have been watching him since his early teens in go-karts and as things progressed I offered him an apprenticeship a little over four years ago as a mechanic.

"Bieber has shown a great aptitude to the mechanical side of a racecar and his day to day work ethic certainly illustrates to me that he is a very disciplined person.

“I have tremendous faith in Bieber’s ability, but as importantly know that he has the background to deal with the setbacks that he will encounter.

“I know that Bieber has the skills and we will provide him with the people and the equipment to not only have the potential to lead that group but challenge the mainstays of Supercars”.

Golding will replace James Moffat, who is set to become a key figure in the co-driver market ahead of next year's long-distance races.