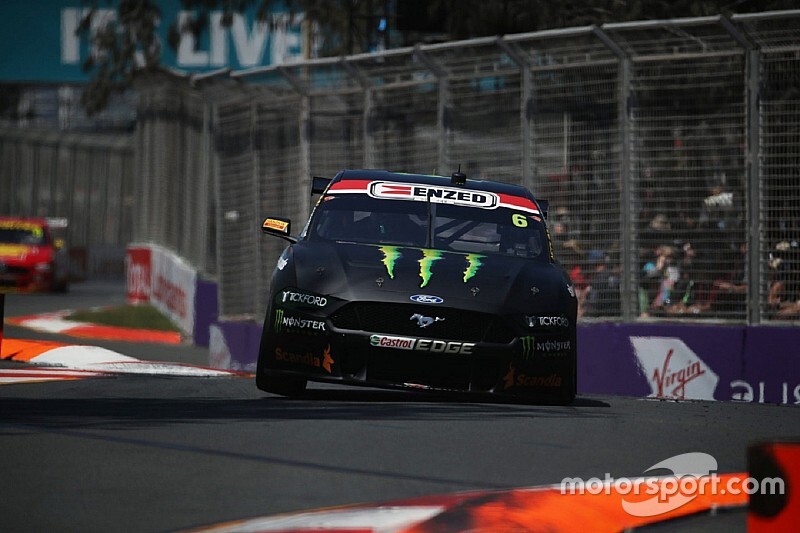 An overflowing storm water drain left a number of drivers scrambling to stay out of the wall during final Friday practice for the Gold Coast 600.

The drain overflowed a third of the way through the 30-minute session, soaking the road at the Turn 1 chicane.

The water was difficult to spot in the evening light, the first three drivers to come across the puddle – Garry Jacobson, Jamie Whincup and James Courtney – pitched into spectacular slides by the unexpected lack of grip.

The session was quickly red-flagged so the drain could be fixed and the standing water swept away.

“I couldn’t work out what happened,” said Courtney.

“I couldn’t really see the water because of the glare at that point and it just barked up and went sideways. I grabbed a handful of wheel and hung on.”

Whincup added: “Crazy stuff, I think someone’s emptied the bath and it’s ended up on the track.

“I came around and all of a sudden the track is wet and we’re all out of control.

“It was only last week we were in the fence from something unlucky, it almost happened again.”

The appropriately-named Cam Waters ended up topping the day's final practice session, the Tickford driver sneaking under the 1m10s mark with a 1m09.954s.

“We weren’t running the best tyre through the session, then we put a good tyre on and I think it’s more in me, just trusting the car’s going to do his job,” said Waters.

“You’ve got to be on the limit here to be fast. I think every run I had the mirror pushed in and asked the boys to push it back out.

“We might have to put a little spring on that to push it out tomorrow.”

David Reynolds was fourth ahead of Tickford's Lee Holdsworth and Chaz Mostert, while runaway points leader Scott McLaughlin was just seventh after struggling with kerb strikes at the business end of the session.

“Just trying too hard. Today is probably the day to have a crack and see how much you can take,” said McLaughlin.

“I definitely found that, I think it happened every lap. It’s just me trying too hard, the car is really good, but I need to tone my driving down a little bit.”

Walkinshaw pair Scott Pye and James Courtney were next, Fabian Coulthard rounding out the Top 10.

Whincup vows not to be a "puppet" in Supercars Commission role