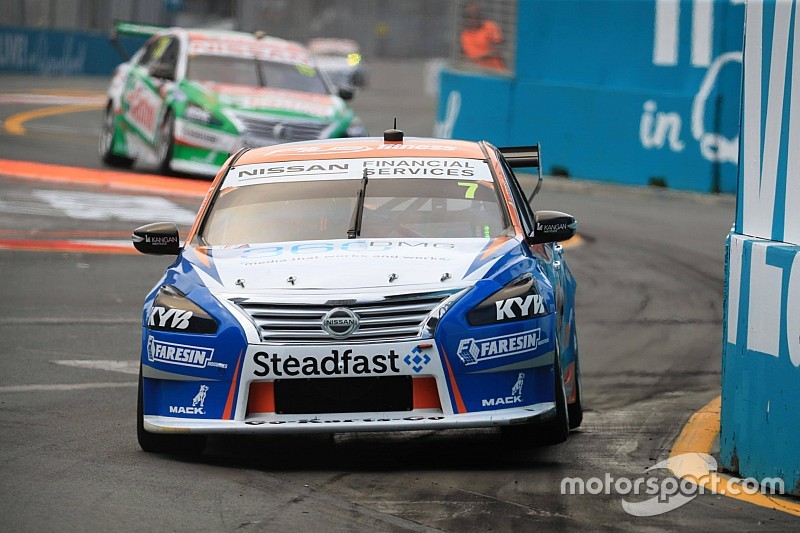 The Sandown qualifying race winner was a late improver to top the 30-minute session, the only dedicated outing for the co-drivers ahead of tomorrow's first 300-kilometre race.

Paul Dumbrell was the early pacesetter, his 1m12.014s putting the #1 Red Bull Holden on top at the 10-minute mark.

Moments later the session was stopped for the first time, after Erebus driver Will Brown was left stranded at pit entry thanks to what looked like a power steering failure.

Within three minutes of the restart there was a change at the top of the order, Jono Webb going quickest in the Tekno entry with a 1m11.767s.

But two minutes later the session was red again, this time due to Nissan's Garry Jacobson nosing Rick Kelly's Altima into the Turn 11 barrier, something he blamed on being distracted by radio chatter.

“I was too busy talking during the in-lap and just made a bit of a mistake,” he said.

“It’s my fault that I crashed the car, no one else did that, it was on me.

“You live and you learn, you’ve got to bounce back. We’ve got a couple more sessions before the race tomorrow, so move on.”

With a little over 10 minutes to go Dumbrell went quickest again with a 1m11.723s, Macauley Jones swiftly improving the benchmark to a 1m11.599s.

Tony D'Alberto then chimed in with a 1m11.510s to put the #12 Penske Ford on top, before Dumbrell improved again with a 1m11.424s three minutes from the end.

With a minute to go Russell stormed clear of the field with a 1m11.120s, comfortably securing top spot despite claiming to not have run greens.

"It wasn’t an easy session, we had a brake drama midway through, the pedal went to the floor at Turn 1 which was a bit scary,” he said.

“But the team did an awesome job and it just feels good to drive an awesome car around here. The car was hooked up and I felt comfortable in it.

“The tyres were quite good, they weren’t green, I think Andre [Heimgartner] had done a couple of runs on them, so they were alright, but they were probably the best I’ve driven on for a while.

“The old co-driver life, you don’t get too many good tyres, so you have to make the most of your opportunities.”

While Russell's initial gap was over four tenths, Earl Bamber cut it down to just under three tenths on his final run, as he jumped teammate Dumbrell to move into second.

Jack Perkins and Bathurst 1000 champ Steve Richards were next, while Webb rounded out the Top 10.