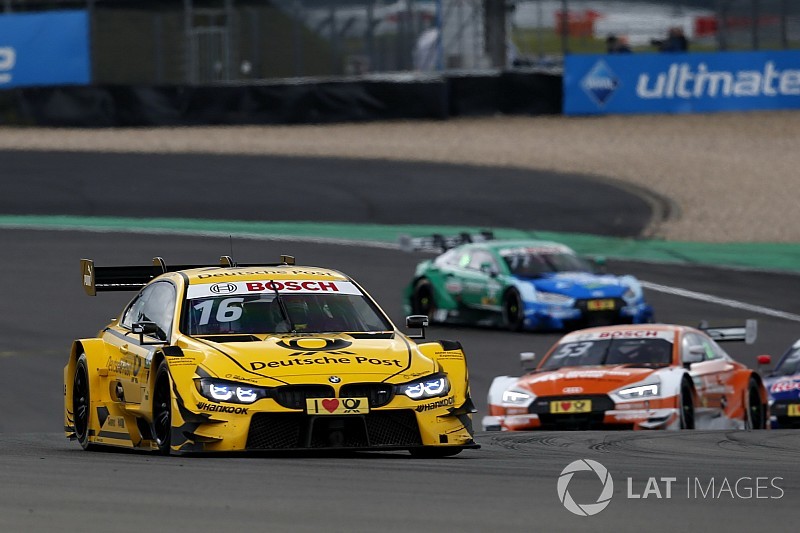 Timo Glock reckons the DTM needs to follow the example of high-horsepower, low-downforce cars set by the Supercars series in Australia if it's to boost its audience.

Speaking ahead of his second appearance in a BMW GT car at the Bathurst 12 Hour, Glock called for the German Touring Car series to look at its Australian counterpart on how to deal with the post-Mercedes era.

Facing the exit of one of its key manufacturers, Glock says a move to low-downforce cars could be the key to growing the series' fan base and ensuring a long-term future.

"It was a shock when Mercedes announced that it was going to leave the DTM," said Glock.

"On one hand it's a shock, on the other it opens another door, somewhere. That's how you need too see it. There are chances on the table for the DTM to do things differently.

"Since I'm in the DTM, I've been saying that we need to see what the Supercars in Australia are doing.

"They do it right. They are cars that are proper cars. They have, compared to DTM, zero aerodynamic downforce. You can follow each other, you can overtake, you can drive side-by-side, and that's what we can't do.

"The downforce makes a difference, and that's what we need to get rid of in the DTM and get closer to what the guys are doing in Australia.

"That shows in the races. They are pure fighting, pure racing, and that's what the fans want to see. That's what the manufacturers need to see in the future.

"Entertaining the fans, that's what we need. That's why I say we need to go more and more in this direction with the car, and automatically the show will be better, automatically the fans will join, because it will be a show and proper racing.

"I hope that's the way we go in the future. I hope Gerhard [Berger] steers it in the right way, and I think that's what he's doing at the moment. He knows where we need to be, but it's not done in half a year or a year. It takes time."

Glock also revealed that he has the Bathurst 1000 on his bucket list, and has even held very preliminary talks with Aussie racing legend Mark Skaife about a Wildcard entry, similar to what Andy Priaulx and Mattias Ekstrom did in 2013.

"It would be a race that's on my list to do, it would be a dream to do a Supercars test at some time. But it's tough to get it done because of my schedule, doing DTM races and then doing the commentary stuff for RTL in F1. It's quite busy at that time of the year.

"If there is a chance... I had a long chat with Mark Skaife about it last year, and we were talking about getting sponsorship done and maybe doing a car with Marco Wittmann to do a car like they did for Andy Priaulx and Mattias Ekstrom a few years ago.

"That would be on my list, yeah. Let's see how it works out."