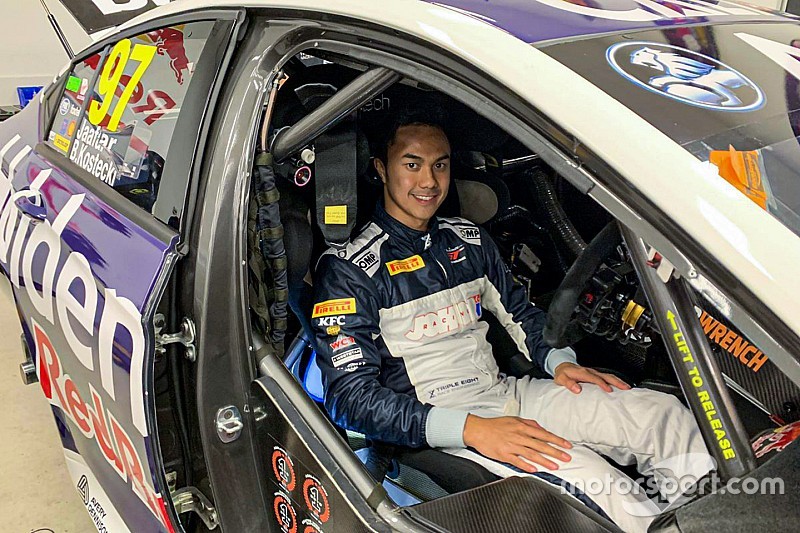 The Malaysian took part in T8's driver evaluation day at Queensland Raceway, the opportunity coming through his tie-up with the squad's Blancpain Asia programme.

It was a Supercars debut for the former single-seater ace, who was a race winner in British Formula 3 and Formula Renault 3.5 during his stint in Europe, and enjoyed several outings in Mercedes Formula 1 hardware thanks to Malaysian oil company Petronas.

"It was his first time behind the wheel of a Supercar, but straight out of the pits on the first lap he was driving the car as if he was a regular – smooth and consistent," said Dutton.

“Throughout the day, as Jazeman began to push harder and drove more laps, he experienced some of the differences between the Supercar and GT series car.

"Overall, he did a great job and enjoyed the experience.”

Brodie Kostecki also took part in the evaluation, putting his Super2 experience in a T8-built Holden to good use as he complete the majority of the running.

“Brodie did the lion’s share of the day and drove above our expectations," said Dutton.

"His feedback and consistency throughout the whole day was impressive, and the insightful feedback provided by him was well ahead of his years."

Brodie is the second Kostecki to complete an evaluation day with T8, his cousin Kurt, who races for T8 in Super2, having taken part in one back in 2017.