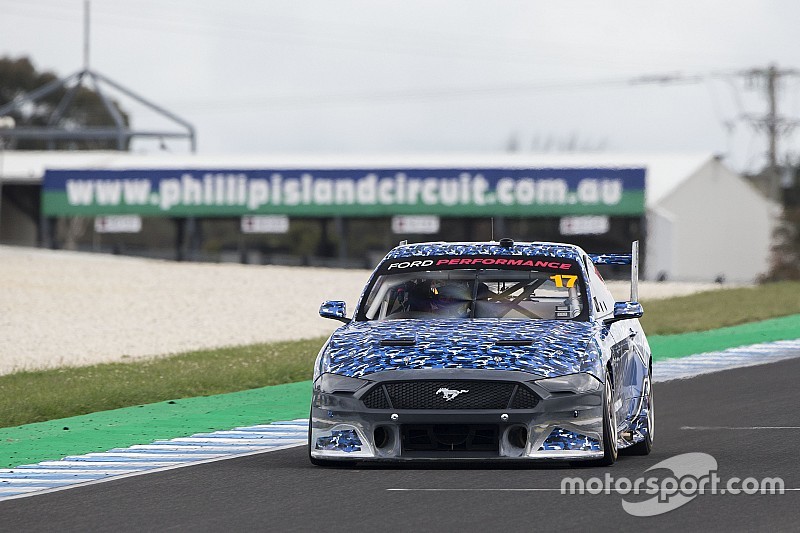 The first on-track vision of the Supercars Mustang has been released by Ford Australia.

The car broke cover on Wednesday with a debut test at Queensland Raceway run by Ford homologator DJR Team Penske.

The much awaited first real-life images of the car sent social media into overdrive, with opinion split on the look of the Mustang panels draped over the control Supercars chassis.

As testing continues at Phillip Island today, the first video footage of the car has now emerged.

The vision shows Scott McLaughlin at the wheel of the car during early running this morning, before Fabian Coulthard took over this afternoon.

“After the initial work we undertook at Queensland Raceway on Wednesday, it was beneficial to be able to continue that validation process under the high aerodynamic loads we saw at Phillip Island today,” said Ford Performance Supercars Aerodynamics Lead Sriram Pakkam.

“It’s valuable to have the ability to spend a day getting a better understanding of real world performance under these types of conditions. Both Scott and Fabian’s feedback is vital to how we approach the set-up of this car, and they have been fantastic throughout the process.”

Straight line testing is set to continue next week before the official aero tests early next month. 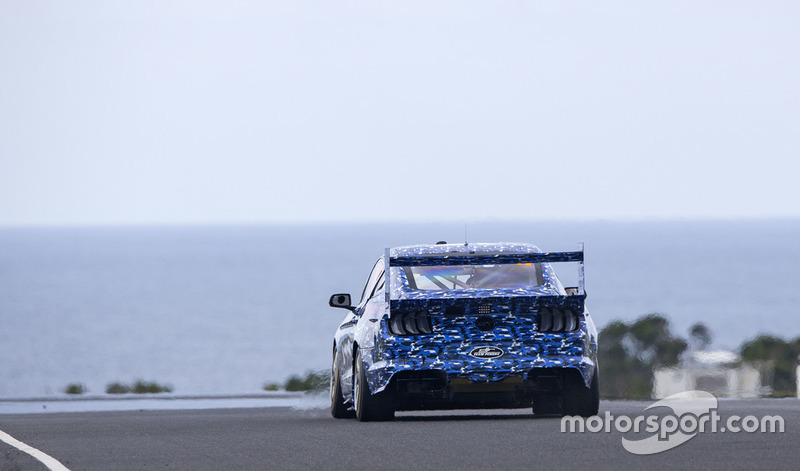