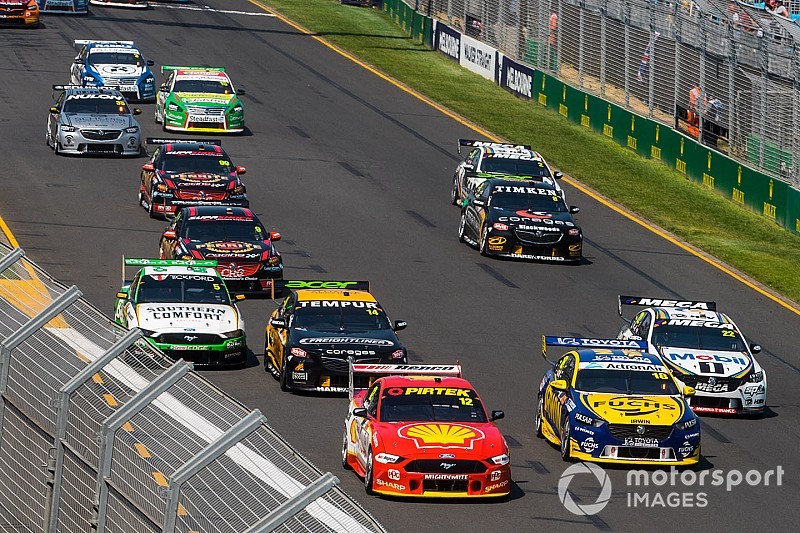 Supercars teams running Ford Mustangs and Holden Commodores may have to add ballast to the roof lines of their cars off the back of recent centre of gravity tests.

Motorsport.com understands that the outcome of the post-Albert Park test is that both Ford and Holden teams are facing a mandated weight that will need to be added to the roof line of their cars.

The initial figure for the Mustang is around five times higher than that for the Commodore, however those numbers could well change before a final decision is reached.

The Nissan Altima is likely to remain unchanged.

The minimum weight of 1395 kilograms would remain unchanged, effectively forcing those running ballast to put it higher in the car to avoid running too heavy.

The timing of the change is yet to be locked down, given that teams will be travelling to Tasmania early next week.

That means it may not be until the Phillip Island or even Perth rounds that it is enforced.

The ruling comes amid a parity debate sparked by the dominance of the new Ford Mustang, and follows DJR Team Penske being asked to remove an unusually heavy exhaust system between the Adelaide and Albert Park rounds.

Controversy over panel weights stretches back to the introduction of the ZB Commodore last season, which ultimately led to the Ford and Nissan teams having lighter panels homologated between the first two rounds of the 2018 season.