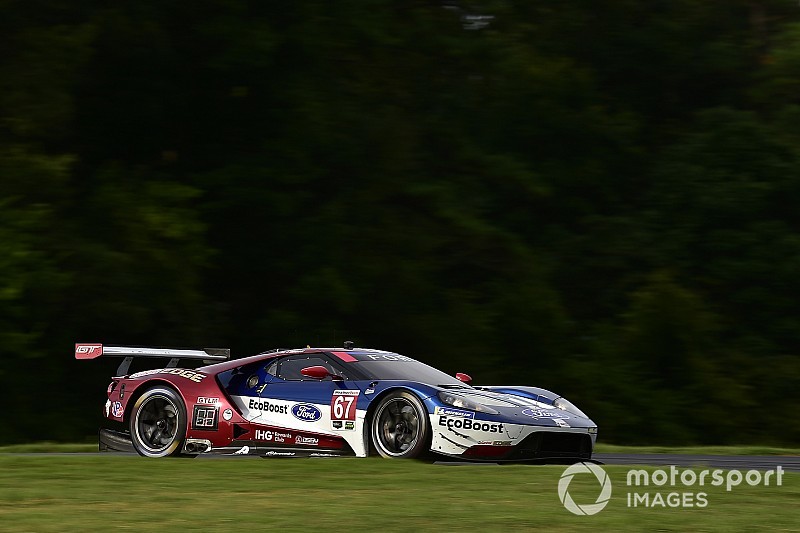 Ahead of Ford's return as a Supercars manufacturer next year with the all-new Mustang, the Ford GT will make its first appearance on Australian soil with a demo run at Mount Panorama.

The #67 car will be driven by top Aussie export Ryan Briscoe, who is currently a permanent part of the Ford Chip Ganassi Racing line-up for its Le Mans and IMSA programmes.

“The Ford GT is an ultra-high-performance car, so I’m really excited and honoured to turn the Ford GT’s first laps at Bathurst” said Briscoe, who made the last of three Bathurst 1000 starts back in 2013.

“For me, Bathurst is one of the best, if not the best, racing circuit in the world.

“Bathurst as a circuit demands the highest respect at all times. It has the intensity of a circuit like Indy, where its very high-speed and you just always need to be 100 per cent focused."

“To have such an iconic vehicle in the Ford GT here – a car with strong success in some of the world’s greatest races – is something Australian fans will love, and it shows how highly-regarded Bathurst is globally, and by Ford and Ford Performance,” he said.

“To have Ryan, an Aussie who has driven with us many times at Bathurst, Sandown and on the Gold Coast, is the icing on the cake.”

The GT demo coincides with an increased push with the Ford Performance brand in Australia, which includes a return of factory backing from the Blue Oval in Supercars.

DJR Team Penske and Tickford Racing are currently developing the Supercars-spec Mustang as part of a joint project with Ford Performance.

The Mustang will replace the FG-X Falcon on the Supercars grid next year.