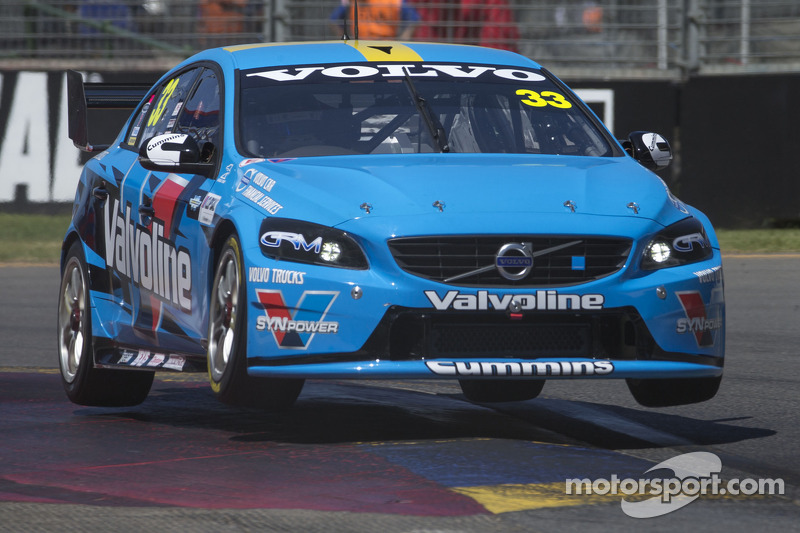 This year is the 45th anniversary of the first Australian Touring Car Championship event held at Symmons Plains in 1969.

Volvo claimed its first V8 Supercar race win with Kiwi Scott McLaughlin in the recent non-championship event at Albert Park and history is also on its side for the trip to Tasmania. 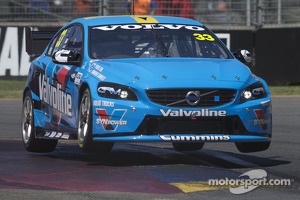 Volvo claimed victory at Symmons Plains in both the 1985 and 1986 rounds of the Australian Touring Car Championship via McLaughlin's countryman Robbie Francevic in his 240 Turbo.

Last year McLaughlin finished eighth in all three races at Symmons Plains in a Commodore.

This year is the 45th anniversary of the first Australian Touring Car Championship event held at Symmons Plains in 1969.

The final round of five in that year's championship, it was won by Hall of Famer Norm Beechey's Monaro GTS 327 by just 0.3s over the Porsche 911S of Alan Hamilton, thereby denying the latter the championship which was won by the late Ian Geoghegan for the fifth time.

This year is the 42nd time an ATCC/V8SC event has been held at Symmons Plains (there was no event between 2000 and 2003) with only Sandown (44) having hosted more.

Whincup sits seventh in the pointscore, 108 points behind leader and teammate Craig Lowndes.

The Red Bull driver has sat in the top two in the championship after the opening event for seven of the last nine seasons (2006-2014).

That ties him with the late Peter Brock for fifth on the all-time list and sits Tander behind only Russell Ingall, John Bowe, Craig Lowndes and Mark Skaife on the list of most starts.

The winner of seven V8 Supercar races at Symmons Plains, Tander will celebrate his 37th birthday on Monday March 31, the day after the Tyrepower Tasmania 400.

Winterbottom has finished each and every one of the 26 V8 Supercar races he's started at Symmons Plains since his debut in 2004.

His qualifying form has been strong in Tasmania, claiming three pole positions with an average qualifying position of 3.6 in that period - better than any other driver in the field.

The Kiwi qualified his #14 Commodore second for all three races and claimed victory in Race 1 and Race 3 with a third place podium finish in between in Race 2.

The #14's Tasmanian success must have been an omen for the state's AFL partners, the Hawthorn Football Club, given Tasmanian-born and raised Grant Birchall wore #14 in the team's premiership success later in the year!

Coulthard sits second in the 2014 V8 Supercars Championship after the opening event in Adelaide.

A Nissan has not had pole position for an ATCC/V8SC event since Mark Skaife at Winton in 1992, while Caruso's best career V8SC qualifying performance remains second at Winton last year.

Percat won the Australian Formula Ford Championship round at the circuit in both 2008 and 2009 (his title-winning season) while Mostert won it in 2010 on the weekend he sealed the championship.

Jack Daniel's Racing's Rick Kelly sits fourth in the V8 Supercars Championship after the Clipsal 500 - the highest a Nissan driver has been in the ATCC/V8SC since Mark Skaife won the crown in a GT-R back in 1992.

Symmons Plains, however, has become something of a bogey track for Kelly in recent times given he has not finished in the top 10 in a race there since 2008 - a streak of 11 races.

Repair Management Australia Racing's Russell Ingall is the most experienced V8 Supercar driver at Symmons Plains in the current field, making his 15th appearance there this year.

The overall round winner in 2004 (with finishes of 7th, 5th and 5th in the races that year!), Ingall has never actually won a V8 Supercar race at the Tasmanian circuit but finished second in the Saturday race in 2009.