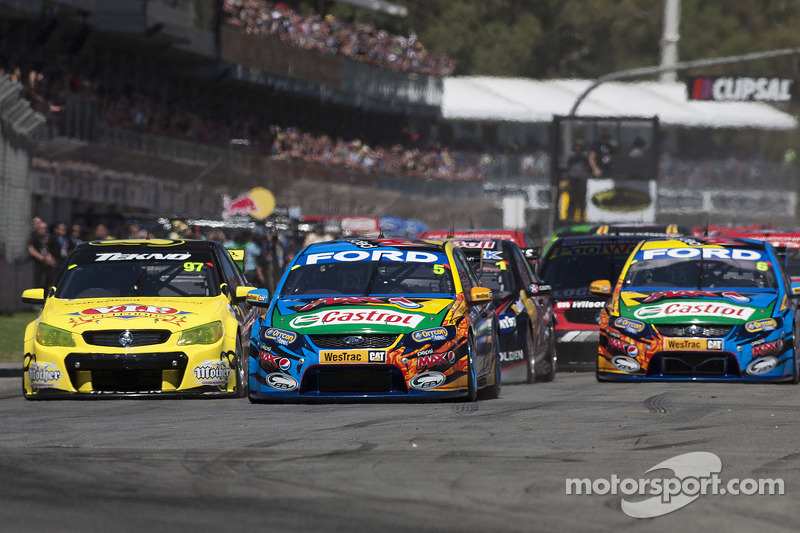 The season starts in Adelaide this weekend.

1. Jamie Whincup will begin his push for history at the Clipsal 500 as he aims for an unprecedented sixth Australian Touring Car Championship/V8 Supercars Championship crown.

No driver has managed the feat since the ATCC was established in 1960.

Whincup is also aiming to become just the second driver to win four championships in a row. The late Ian 'Pete' Geoghegan won four straight from 1966 to 1969, though three of these were championship wins decided by a single race. 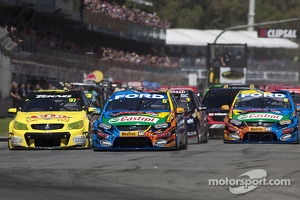 2. Volvo makes its return in Adelaide to the ATCC/V8 Supercars Championship for the first time since 1986. A Volvo last competed in the championship on July 13, 1986 at the now defunct Oran Park circuit in Sydney, the same year that Kiwi Robbie Francevic won the title driving the turbocharged Volvo 240 Turbo. He remains the oldest man in championship history to be crowned champion at 44 years, 8 months and 25 days.

3. The arrival of Volvo on the grid in 2014 also means that five manufacturers are represented on the grid in the championship for the first time since Round 6 at Eastern Creek in May 1992 when Ford, Nissan, BMW, Holden and a Toyota were all part of the field.

Since 2010 there have been separate qualifying sessions for each race, which will continue this year with three sessions to determine each of the race grids.

5. Only three drivers have competed in all 15 Clipsal 500s held since the first back in 1999. Craig Lowndes (Red Bull Racing Australia), Garth Tander (Holden Racing Team) and Russell Ingall (Repair Management Australia Racing) have been on the grid for every event.

Of the three, only Ingall is yet to win the Clipsal 500 - he finished runner-up to Jason Bright in 2001.

6. Pepsi Max Crew star Mark Winterbottom may have broken his Bathurst drought last October, but he's still yet to do the same on the streets of Adelaide.

The factory Ford driver is yet to claim a race win or a pole position at the Clipsal 500. He qualified second for both races last year and finished second in the Saturday race in 2008 and again on Sunday in 2012.

7. The average age of the 2014 V8 Supercars Championship grid is 30.8. The oldest driver is Russell Ingall, who turns 50 on February 24 (the Monday of race week) while the youngest driver remains 20-year-old Valvoline Racing GRM pilot Scott McLaughlin.

8. Three drivers will make their Clipsal 500 debuts this year, though two of those have won Dunlop Series rounds at the circuit before.

9. A handful of drivers are making returns to full-time drives in the V8 Supercars Championship and the Clipsal 500 itself in 2014.

Both Jack Perkins and Dale Wood last competed in the Clipsal 500 back in 2009 as teammates with Kelly Racing though now drive for Team JELD-WEN and Advam Racing respectively after competing in past years in Adelaide in the Dunlop Series.

The Holden Racing Team's James Courtney is also making something of a comeback to racing given he missed the Sydney 500 season finale in 2013 and hasn't raced since being injured in an accident at Phillip Island last November.

10. The Dunlop Series returns in Adelaide as the main support category with 2002 DVS champion Paul Dumbrell making a return to the class.

He will drive a Triple Eight-built Commodore for Eggleston Motorsport, which was raced last season by Casey Stoner and won Bathurst in 2010 with Craig Lowndes and Mark Skaife.

Ford Performance Racing will return to compete in the category for the first time since 2012, running a Falcon for Cameron Waters.

Nissan Motorsport set for second year of racing in Australia

Bright bounces back at Adelaide