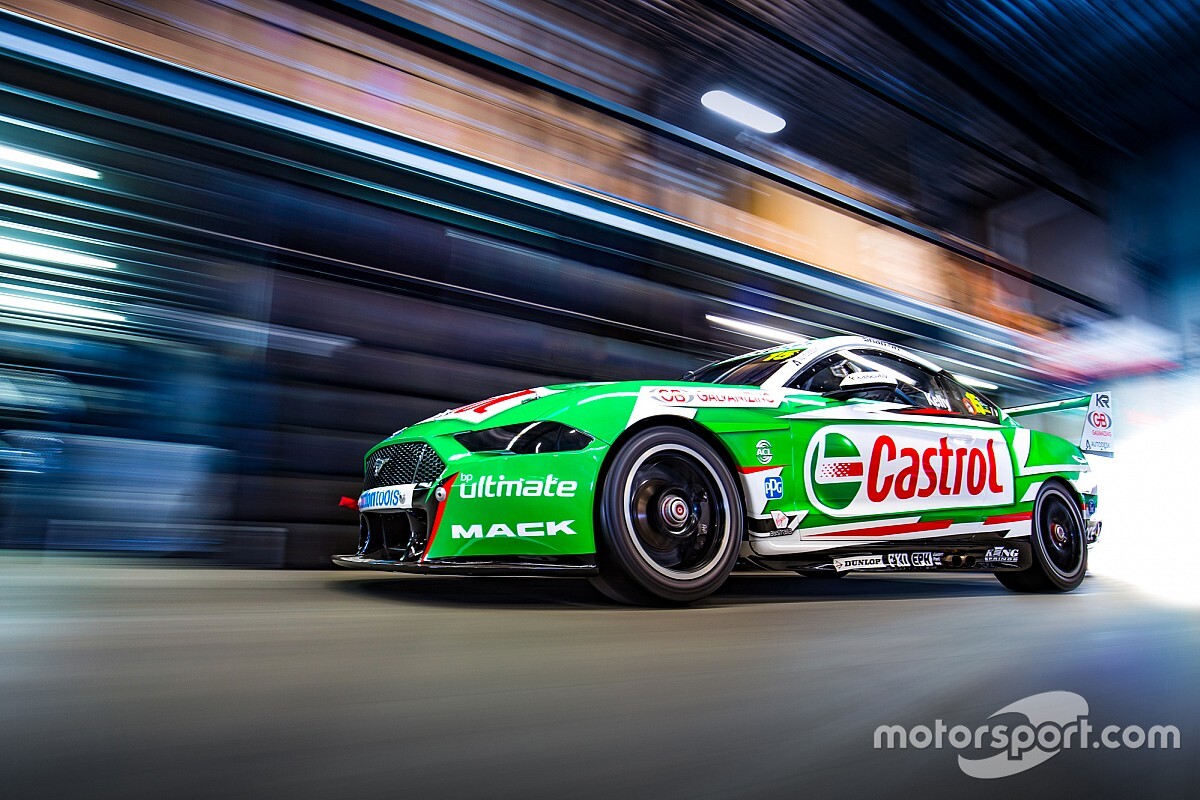 Rick Kelly's Ford Mustang will sport a collage of fan photos during this year's Bathurst 1000.

After running a fan-voted retro Castrol livery at the Great Race last year, Kelly Racing squad has opted to involve their followers in a different way this time around.

“We’re pretty well known for involving the fans in our special Bathurst liveries and this year will be no different," said Kelly.

"But because they can’t necessarily be at the track and travel to Bathurst from all corners of the country, they’ll be able to be at the track in a different sense by having their photo somewhere on my Castrol Racing Mustang.

“It’s been a challenging year for everyone so hopefully this small initiative from Kelly Racing and Castrol can help lift some spirits – it’s not every day you get to have a picture of yourself racing around Mount Panorama on the Castrol Mustang Supercar in the Bathurst 1000.

“The great thing is anyone can enter, no matter who you are or what your story is, you’re more than welcome to submit your photo and join the team for the Bathurst 1000 – if it helps someone through a challenging time then that’s our goal achieved. And those people in particular who are doing it tough or helping their community will definitely get a special mention.”

"We’re extremely fortunate to be able to still have the Bathurst 1000 after everything we’ve been through this year so we’ll give it everything we’ve got and do our best to do Team Castrol proud.”

Kelly is expected to partner up with Dale Wood for a second year running for the 1000, which will be both the only two-driver race of the season, and serve as the final round.