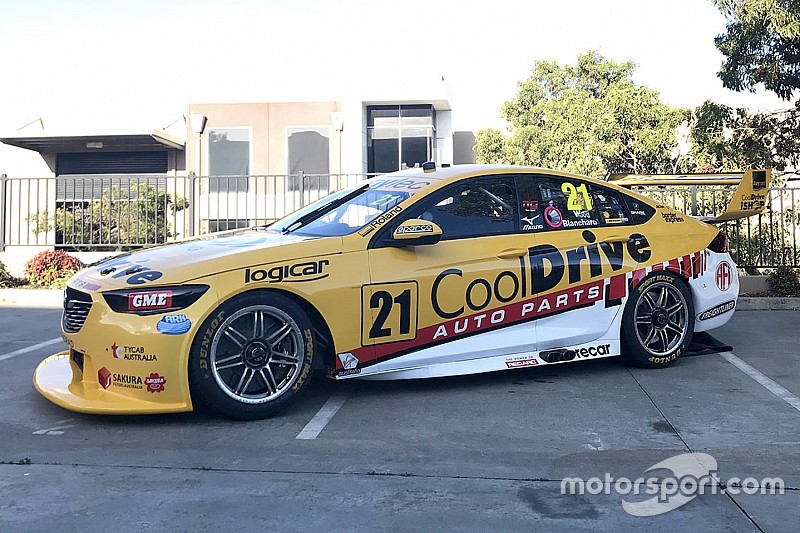 The famous Benson and Hedges livery used on two-litre BMW Touring Cars in Australia in the 1990s will make a comeback this weekend thanks to Tim Blanchard and Brad Jones Racing.

Blanchard will don the yellow and white look for the upcoming retro-themed Sandown 500, adding to an ever-growing list of cars running a throwback livery.

The significance of the livery comes through Blanchard's father John, who raced a B&H BMW M3 as part of a four-car Logamo Racing outfit during the 1993 Australian Touring Car Championship.

That was the final year that two-litre and five-litre cars ran together in the ATCC, before the two-litre class broke away for the 1994 season and was ultimately branded as Super Touring for 1995.

Blanchard Senior continued in what was the Australian Manufacturers' Championship for two-litre cars in '94, but missed out on a full-time drive in either of the top-line Aussie Touring Car series the following season.

"The livery is going to resonate with a lot of the old school Supercar fans which is what we believe the Retro Round is all about. We’ve gone old school and kept it personal, which makes this a different story from the rest.

“I was quite young when Dad raced the BMW but it brings back a lot of childhood memories for me trackside. I’ve got photos of me helping clean over the car on race weekends, and I spent a lot of time at [the factory at] Norwell. Dad would be in a debrief and I’d be out in the go-kart.”

Blanchard will be joined by experienced co-driver Dale Wood for the upcoming endurance races.

BJR is running two retro liveries this weekend, with the Tim Slade/Ash Walsh car running a tribute to Bob Jane.