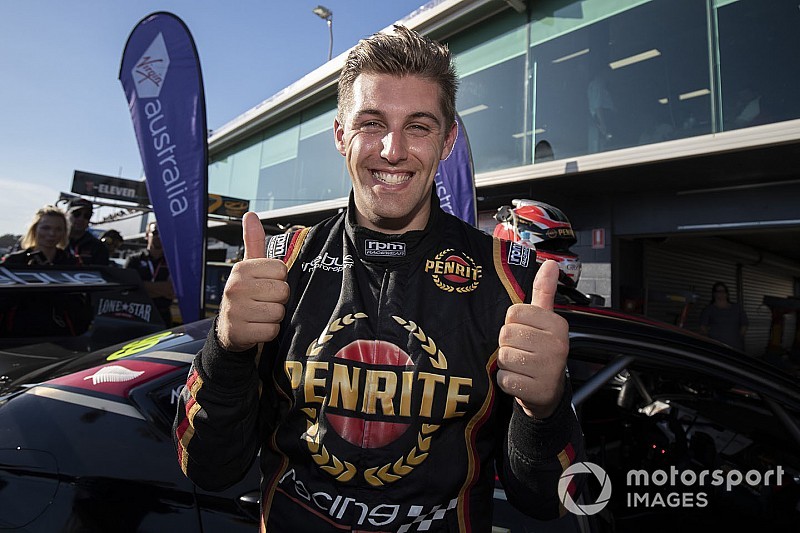 De Pasquale joined the front-running Holden squad as a largely-unproven rookie for the 2018 season, arriving with a pair of Super2 race wins to his name, but nothing in the way of main game experience.

It's since proven to be a shrewd signing by Erebus, De Pasquale establishing himself as a star of the future. He was often the quickest of a star-studded rookie field last season, underlined by a stunning Shootout lap on debut at Mount Panorama, although ultimately missed out on the top rookie honour in the points to Jack Le Brocq.

And he's now officially a Supercars podium finisher, thanks to a fine third place at Phillip Island last Saturday.

Speaking to TV crews after De Pasquale's breakthrough result, an emotional Klimenko referenced that the young gun had 'proved her wrong'.

She then later clarified that comment by admitting that she had to be talked into signing De Pasquale by Erebus CEO Barry Ryan and star engineer Alistair McVean.

“Barry and Al [were pushing for him]. I wanted someone a bit more mature that was going to bring in the points, because last year was about points for me, trying to get up the grid in the teams’ championship.

“They proved me wrong and today I went up to Al and said ‘Al, I’m quite happy to eat humble pie, you were right and I was wrong’.

“I realised I was wrong quite a few months ago, but when it culminates in a podium and the way the field is feeling at the moment, the way the Holden owners, drivers and fans are feeling…. I think this is not just good for us, it’s good for everyone to see this practically rookie boy get up there and take it up to them.”

De Pasquale recognises that Erebus took a risk in giving him a full-time seat without trialling him in an enduro drive first, which he says adds to the important of results like his Phillip Island podium.

"[Erebus] obviously took a long shot on me at the start of last year, coming out of Super2 – and I didn’t win [the] Super2 [title] or anything like that – and I hadn’t been in Supercars for that long, so for them to give me a go without an [endurance] co-drive previously was a big risk on their part," he said.

"So I just have to pay them back as much as I can with results like this.

"Last year we qualified really well towards the end of the year, sort of in that top eight, Top 10, so to convert that into race results this year was our goal. A podium was obviously on the goals list too, and to do it so early in the season is really good."