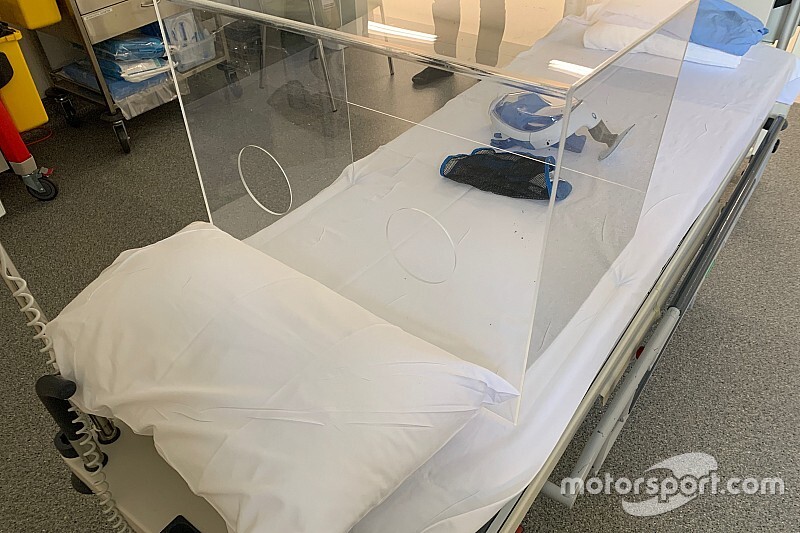 Under Dr Le's direction, the team currently has two primary projects ready to be distributed to hospitals for trials, with two more projects in the development phase.

The first of the products in the prototype phase is a conversion kit for a full-face snorkelling mask that allows it to be fitted with a commercially-available, replaceable P2/N95 filter.

The second is a perspex structure called the 'e-Aerosol Box' that can be placed over contagious patients and fitted with air suction to protect doctors while performing intubations.

Another kit for the mask to allow it to be used in a CPAP capacity is one of the products still in development, along with a two-way communication system using tablets that could cut down exposure time to highly-contagious patients in isolation wards.

The project has hit both the team and Dr Le close to home.

For Erebus, the driving force has been expat Italian engineer Mirko De Rosa who has been watching from afar as his family has lived through the crisis continuing to unfold in Italy.

Dr Le, meanwhile, has been involved in preparations across the two Melbourne emergency wards for the expected "tsunami" of cases on its way.

The response on both fronts is a deep, passionate desire to do something, anything, to help.

"He's got some family in Italy that are under isolation and it's not very nice over there at the moment.

"He's been doing it pretty hard for a few weeks now. We all have, but it's harder [for him] than most of us, because it's really hit home for him.

"He had some things he wanted to contribute.

"We thought 'yeah, let's give it a crack'. We forwarded it on to Dr Carl and asked what he thought, and pretty quickly it turned into a massive conversation about what the potential was and what the options were.

"We're not trying to save the world, we're just trying to have some options there in case it gets to a point where they run out of the normal parts they use."

Dr Le added: "When Barry contacted me it was a really opportune time. We've been on the phone constantly for the last four days now, because we both have the same idea – we just want to do something.

"We're a few weeks behind overseas, so we know there's a storm coming. We don’t know the size of this storm, some people are calling it a tsunami.

“I think we’re in a better position than overseas, we don’t predict that we’re going to run out of ventilators and such, but you can never be too sure."

The e-Aerosol Box is already being trialled in two Melbourne hospitals, the team currently able to produce 20 per day.

The first of the mask conversion kits are about to begin hospital trials, and, if deemed to be effective, proper production can begin.

Dr Le has stressed there are no commercial considerations, which means designs will be made available to increase production beyond Erebus' capabilities if and when required.

He also says the programme isn't trying to curry any government favour, with the plan to support existing official preparation initiatives, not compete against them.

“These are not commercial ventures. We stand nothing to gain from this, quite the opposite," he said.

“We’re investing our time and money; thank you Betty Klimenko for funding this as well at a preliminary stage just to get this out there.

"I think the mental health pressure is huge, the anxiety if seeing what's happened overseas. A lot of what we're doing is to help prepare for that, to help provide what we can provide.

"This is to compliment those.

"In my emergency departments we are rationalising our use of personal protective equipment, to try and store up for when the storm hits.

"What we're trying to do here is provide additional resources, additional options for health care workers for managing these patients as they come in."

While this initiative started with Erebus, it's likely more teams will soon be involved.

“We really want to get it out there so we can get the maximum support, so I’ve just sent an email to all of the team owners and obviously they have all started replying with ‘yeah we can do this, we can help with this’,” added Ryan.

“I’m sure our community of Supercars teams, their network of their sponsorship groups and all of their partners will be able to help with anything we want pretty much.

“The next couple of days are going to pretty exciting to get this off the ground and make sure we can deliver all these things if they’re needed.”