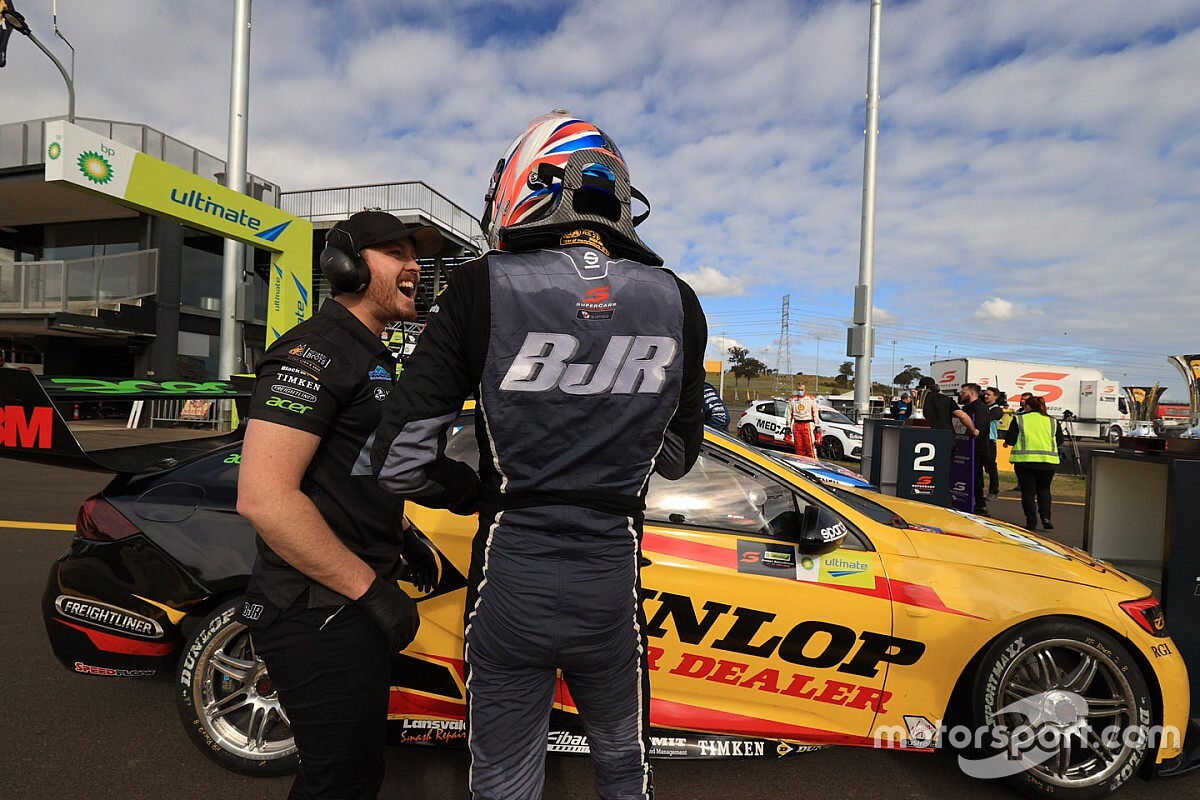 A number of leading Supercars drivers have given the category's limit on data the thumbs up following last weekend's three races at Sydney Motorsport Park.

The new regulations were put in place for the resumption of the 2020 season to help teams manage with the limits on staff able to travel to races.

Brake temperature and g-force sensors were removed from the cars, while access to the Supercars data logger wasn't allowed until today.

That left teams dealing with only basic data channels during sessions, with post-session debrief work affected by both the lack of available data, and team personnel not being allowed to meet face-to-face at the hotel.

The back-to-basics approach was a hit with a number of drivers, including winner of two of the three races Scott McLaughlin. He said the driver was able to have a bigger influence on car settings, which, paired with the limits on new tyres, gave the race meeting an old school feel.

"I loved it. I really enjoyed being able to tell the guys which bar positions I was in, rather then them just telling you where to go," he told broadcaster Fox Sports. "I was able to experiment myself and not be scared of that.

"It's just little things like at the start of the race we [normally] have a g-force sensor to see how much clutch load we've got, to figure out the start. But I had to feel that, I had to get my starts better. And thankfully I did throughout the weekend.

"It was really cool. It felt like we were back in [Super2], where everyone had to pick their best tyres, or sacrifice their second race, or first race or third race, and come through.

"All this data and all this crap doesn't put bums on seats. It's all about the racing. I'm really proud to be part of this product and I think we're going the right way."

Nick Percat, who won Race 2, was happy to see the back of long Friday and Saturday night debriefs.

"I like that it was just us on track every single session; no time to look at data or do track maps or stuff like that," he said.

"I enjoyed that. I don't think I looked at any squiggly lines. You just come in and tell your engineer what's going on. I enjoyed that side of the format. I enjoyed you didn't have to sit there and have your eyes go square looking at lines all night..."

"The more you make it about the drivers the better the racing, and the closer it is," he said.

"The cream will rise to the top still. I think that this weekend was a really good start to that, and I think we can go further with it, to take away more of the technical side.

"The big thing is taking the costs away from the category so it's more affordable and it's more sustainable. And that will create better racing at the same time."

Fabian Coulthard added that he would have liked a little more debrief time between sessions, despite the lack of data, with the rapid-fire format making it difficult to improve the car across the day.

"I think we need a bit more time between sessions," he said.

"We're all trying to run these cars at a high level, and to get the most out of them we need a little bit more time to have with our engineers.

"By the time the cars come from the scales and whatever after quali or practice, it leaves you less than half an hour to make changes and to improve the car. I'd like to see a little bit more time."