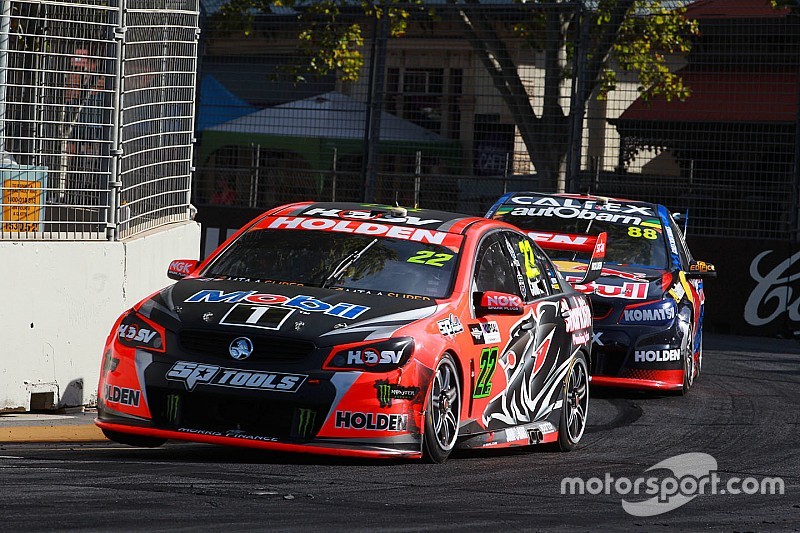 Motorsport.com’s racecraft expert – and DJR Team Penske enduro driver – Tony D’Alberto is back for another season of V8 Supercars analysis. First up, a wet and wild Clipsal 500.

Well, the first V8s round of the year certainly didn’t disappoint in terms of talking points!

For them to grab two pole positions, after having that huge re-shuffle and expansion over the off-season, was a big one for me. It shows that they are genuine contenders, and that they’ve come out all guns blazing. To have each driver grab a pole each, that’s impressive.

Fabian Coulthard’s effort in the Top 10 Shootout was sensational. He’s with a new team, it’s a new environment, and he’d never done a Shootout in that car. He put down a ripper lap, particularly given he ran reasonably early it was an impressive effort.

That will take some pressure off him. He’s the hired gun that’s come into Penske, and he’s ticked a box very early on in the season.

As for Scotty Pye, it was his first pole, and the first pole on offer for the year. That says a lot about how up for the challenge he is this season.

How about that battle between James Courtney and Jamie Whincup on Saturday evening. And how about James through Turn 8 on the last lap!

Apparently he was something like seven kays quicker on turn-in than he’d been at any other point in the race – which is incredible given how physically drained he would have been, and how knackered the tyres would have been.

It shows exactly how badly he wanted that win. He was willing to risk it all. He knew Jamie was eyeing him off to make a move at Turn 9, and he knew that he had to nail Turn 8 to stop Jamie getting a run.

James was really hanging onto it through there, though. You could see him working the wheel, trying to catch the rear of the car. And Turn 8 is daunting enough at ‘normal’ speed, but when you start throwing it in way over what you know the car is capable on, just to get that win, it’s all pretty cool.

The thing with that corner is that there is no room for error. If it turns pear-shaped there, you’re going to whack the wall – and hard. You’re not just running a wheel in the dirt. The risk is high.

So for James to say ‘I’m going to do this’ shows that he’s very, very committed, he’s confident in the car, and it shows how committed he is to get that win for the team.

As tough as it gets

You can’t underestimate how difficult it would have been for the drivers on Sunday, in those wet conditions. I mean, they stopped the race – that says it all.

I think what summed it up best was when James Courtney hit the wall at the very spot he won the race on Saturday – Turn 8. He was going so slow; I know he had slicks on, but the surface was so slippery that even at a reduced speed he just lost control of the car.

Even on the outlap of the race Mark Winterbottom nearly stuck it in the fence, and there were about four guys who almost did the same thing. When that is happening, you know the conditions are crazy. And particularly after Thursday, Friday, and Saturday, when is was blindingly hot and everyone was looking for shade!

What happens with drastic changes in conditions like that is that everyone has their cars set up for dry conditions. So they go from having plenty of grip, to having absolutely nothing.

Street circuits are always difficult in the rain, too. You have all the white lines, oil from the traffic soaked into the road, and all sorts of muck like that. It makes it much slipperier than a permanent circuit would be.

Races like that become about survival, not about speed.