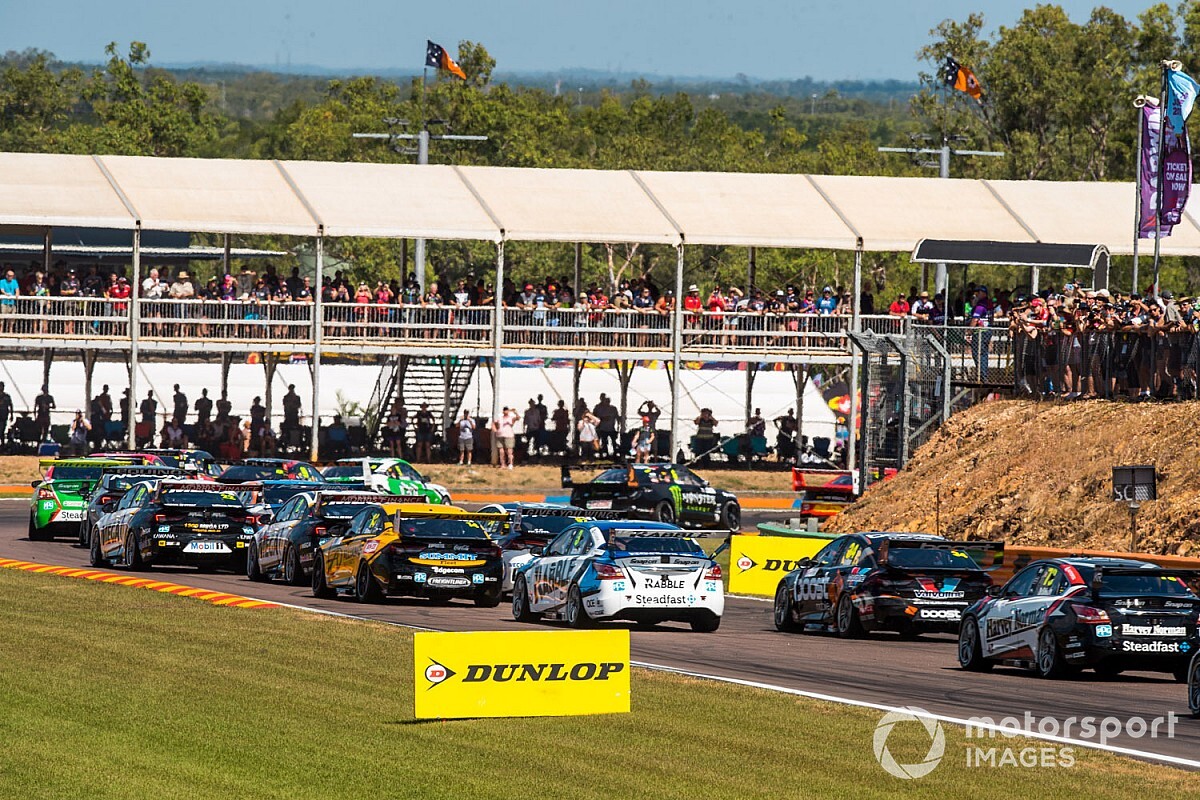 A new border restriction between Queensland and the Northern Territory has cast last-minute doubt over Supercars' Darwin double header.

Nine of the 10 Supercars teams are currently based in south-east Queensland, six of them having fled declared hotspots in Victoria and Sydney ahead of the trip to the NT this week.

They were set to cross into the Territory on Monday.

However a new directive involving the City of Brisbane, following the alleged breach of Queensland border restrictions by two people, has seen the NT declare the Queensland capital a hotspot – which means two weeks quarantine for anybody who has visited the region from 12:01am tomorrow.

That implicates Triple Eight, which is based in the Brisbane area, and casts significant doubt over the Darwin double header being able to proceed.

As it stands the restrictions don't include the Gold Coast area, where the majority of teams are currently based.

"Supercars is aware of the announcement made this evening by NT Chief Minister Michael Gunner," a statement from the series read.

"Discussions are underway with all key health and government authorities.

"Supercars will release further information in due course."