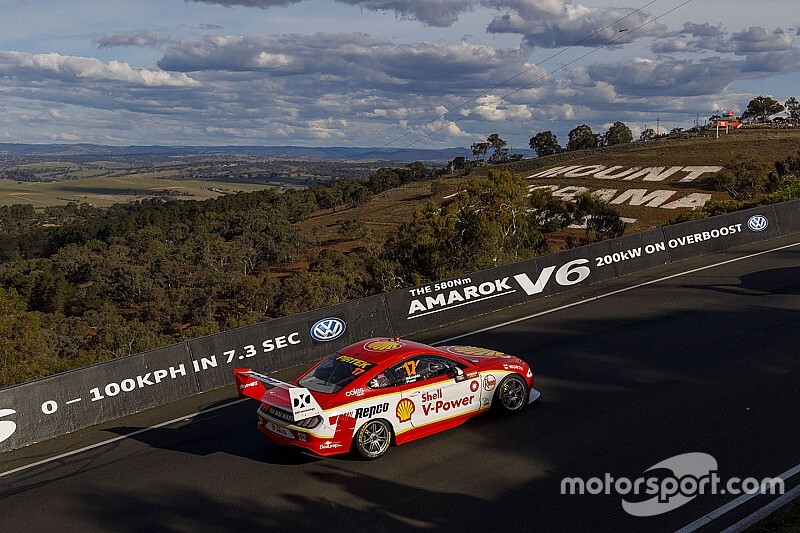 DJR Team Penske will face a hearing on the Gold Coast next week regarding a potential breach of the Supercars team orders regulations during the Bathurst 1000.

The squad instructed third-placed Fabian Coulthard to slow down behind the Safety Car in the latter stages of yesterday's race, citing engine overheating concerns as the reason.

Backing up the pack, Coulthard was then able to avoid double stacking behind Scott Mclaughlin when he eventually got into the lane.

Race officials weren't convinced by the engine excuse, slapping Coulthard with a drive-through penalty during the race.

An inquiry then took place after the race, the outcome of which was a charge of a team orders breach.

The matter will be heard during the Gold Coast 600 weekend.

Supercars regulations don't prohibit all team orders between cars, however actions with a greater implication on the race result are disallowed.

Should the hearing determine Coulthard's actions affected other competitors to a great enough extent, the team could be sanctioned.

Coulthard has already moved to clear his name from the controversy, explaining that he was simply following orders after receiving a barrage of post-race abuse on social media.