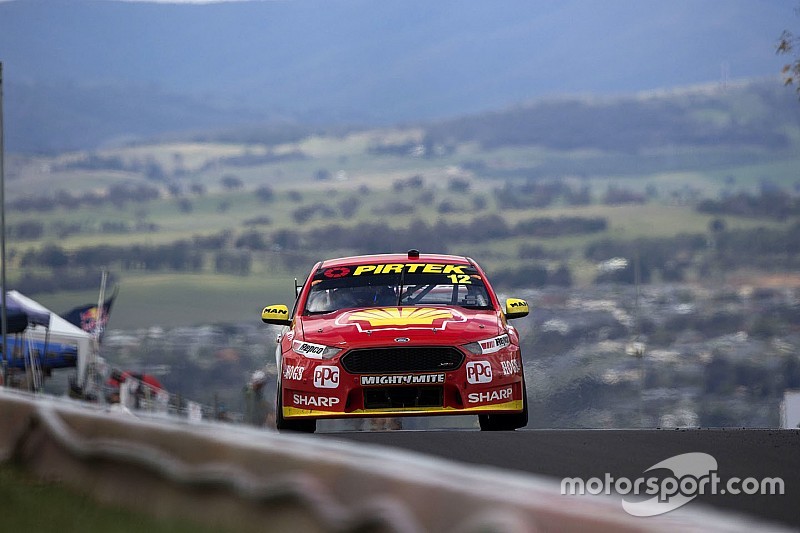 A competitive hillclimb for the current Supercars field and a full-blown test session were part of a bold initial concept for a Goodwood-style event run by Supercars at Bathurst.

Supercars is understood to have been working on a wide-ranging motoring event at the famous Aussie circuit since last year, with the concept dubbed the Superspeed Festival.

Modelled largely on Goodwood's Festival of Speed, the centrepiece for an early iteration of the Superspeed plan was a competitive hillclimb for the current Supercars field, running in reverse direction from The Chase back up to McPhillamy Park.

The early plans also included a full Supercars test session at the circuit, something that's long been rumoured as a potential part of the Bathurst 12 Hour schedule.

Adding to the early Superspeed concept were manufacturer-friendly events, such as a competitive sprint for high-performance production cars.

There were non-motorsport features in the plan as well, such as cycling and running events and a food and wine festival.

It's unknown how much, if any, of the initial Superspeed concept will be incorporated into Supercars' pitch for the new fifth event at Bathurst, which will be delivered to the local council in the coming weeks.

It does, however, tie in with paddock chat that Supercars will underpin its bid with a Goodwood theme, rather than simply pitching to run another race event.

Australian Racing Group and Mountain Motorsports have already made their pitches to the Bathurst Regional Council, with ARG – backed heavily by the Confederation of Australian Motor Sport – expected to be a solid contender with plans for a long-distance TCR race that could also incorporate a round of the WTCR.