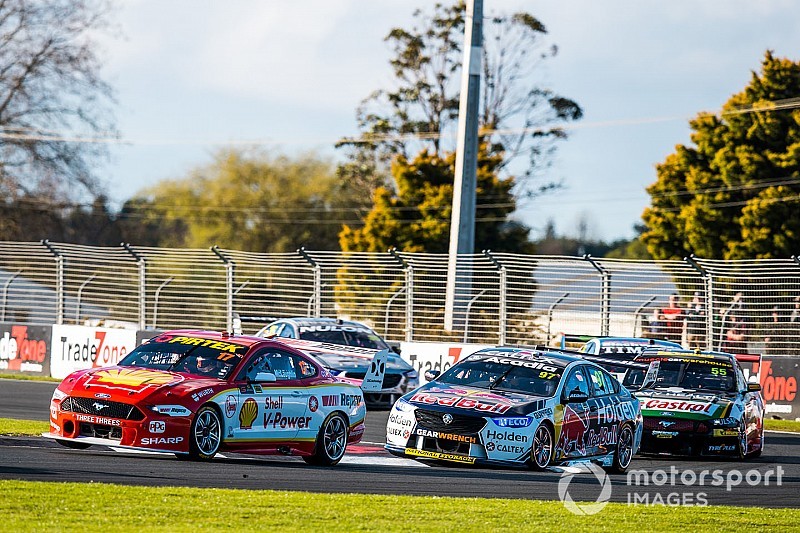 Supercars says it was within its rights to grant the Holden teams an aero change without the direct blessing of the Commission.

An updated aero package for the ZB Commodore was green-lit by the Supercars technical department on the eve of last weekend's Pukekohe round, a boost in downforce coming from tweaks at both ends of the car.

However unlike aero changes in the past, the proposal wasn't put to the Supercars Commission before being approved.

That left some quarters of the paddock disgruntled, and is understood to have played a major part in Todd Kelly walking away from the Commission almost immediately after the changes were announced.

Supercars CEO Sean Seamer, however, says the process shouldn't have come as a surprise to anyone, with claims the Commission had approved the technical department, run by Adrian Burgess, to act on its behalf.

"Look, the Commission, only a matter of weeks before, had delegated authority to the motorsport department to manage those changes moving forward," said Seamer.

"Due process is being followed, all the Commission members had agreed to that.

"It was communicated to all the teams that that would be the case, in bullet points that were sent out.

"So there shouldn't have been any surprises."

Seamer added that the situation doesn't jeopardise the legitimacy of the Commission.

"The Commission's critical to the function of the sport," he said.

As for the make-up of the Commission, Seamer confirmed that alternate commissioner Ryan Story will take Kelly's place until the AGM in late October, when a permanent replacement will be named.

Neil Crompton is also known to be assessing his ongoing role on the Commission.

"Todd's role was up for election anyway, so we would have been, I guess in the market, canvassing team members who were interested in that position," said Seamer.

"We've also got, I think, Neil with us through until the AGM as well. He's still undecided as to exactly what he's going to do. But he's got plenty of time to think about it."

It was made public this morning that Supercars will undergo a significant aero upheaval over the off-season, in a bid to avoid a repeat of this year's parity saga.

However Burgess is yet to rule out more aero changes being made between now and the end of the current campaign.

"It's something that we always look at, and we always want to make sure, as per the rule book and the REC, that we have equitable racing," he said.

"If we believe a change is worth it or necessary, or if a homologation team comes and asks us, then we'd look at it."

Supercars engines to drop 15 horsepower in 2020