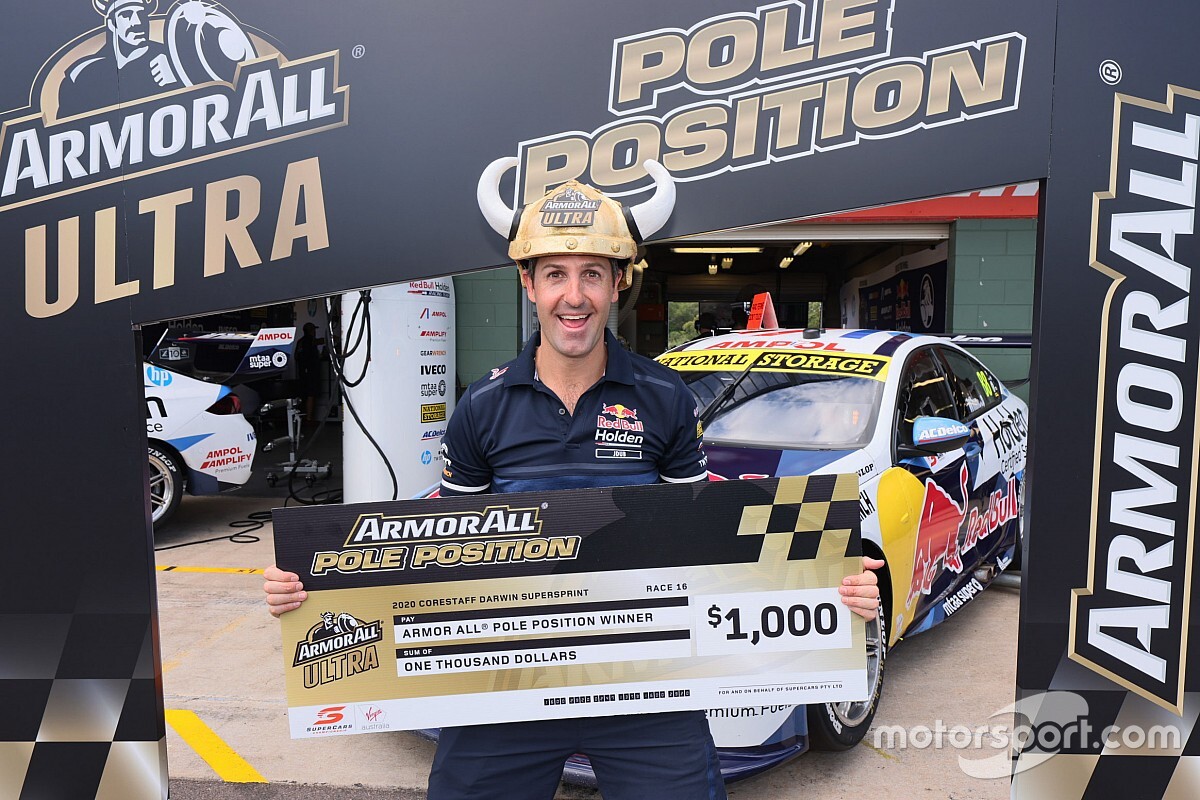 The Triple Eight driver wasn't overly convincing heading into the Top 15 Shootout, running third in the single-lap dash after being just 13th quickest in Q2.

However, perhaps aided by a moment of cloud cover, Whincup was in vintage form for his Shootout lap, a 1m06.138s leaving a formidable benchmark for the next 12 cars.

While McLaughlin went close, the margin just 0.06s, nobody could knock Whincup off top spot.

"We were genuinely in P13 in [Q2], but we tuned the car up for the Shootout, she was much better, and I'm very happy to get pole," said Whincup.

"The car was very good and I got the most out of it, and maybe we got gifted a tenth or so with the cloud cover. But I've been on the other end of that plenty of times, so you take it when it comes."

James Courtney was the surprise of the Shootout, the veteran improving eight spots from Q2 to qualify third ahead of Tickford teammates Cam Waters and Lee Holdsworth.

Anton De Pasquale qualified sixth, followed by Team 18 pair Mark Winterbottom and Scott Pye. Winterbottom actually ran last in the Shootout after topping Q2, but a wide exit at Turn 10 ultimately cost him a shot at a front-row start.

Shane van Gisbergen lost five spots in the Shootout compared to Q2, dropping back to 11th behind Nick Percat and Bryce Fullwood.

David Reynolds, usually a front-runner in Darwin, was a shock omission from the Shootout after failing to get through Q2 on a used set of tyres. He'll start today's race from 16th.

"Bit disappointed," he said. "I don't think I've missed a Shootout here in a long time.

"We're not making the right changes and I need to find a bit of pace. I'm chasing everything. it's not turning, it's still got a lot of understeer and we can't dial it out."