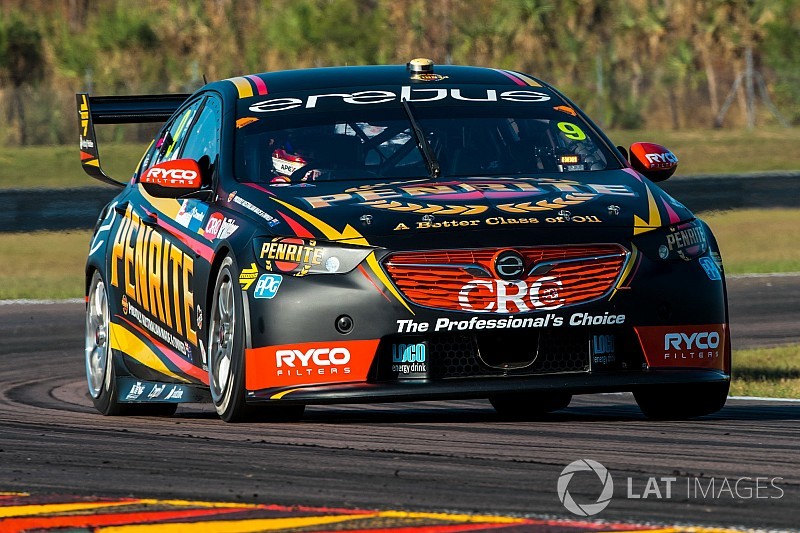 The start was crucial for Reynolds, the Erebus driver making a brilliant jump from the second row before storming around the outside of Rick Kelly and McLaughlin to grab the lead.

Once in front, Reynolds comfortably had the measure of the other leaders. He built a gap of the best part of three seconds over Kelly before making his first stop on Lap 18, coming out in what was effectively second place thanks to Michael Caruso going for the massive undercut with an early stop.

Within two laps Reynolds was past the Caruso Nissan and set off to establish his lead, once again building a gap of over 2.5s to Kelly in second place.

He then made his second stop on Lap 38, two laps later than McLaughlin and a lap later than Kelly, emerging with a margin of around four seconds.

Even a Lap 55 Safety Car for debris on the front straight couldn't unsettle Reynolds, the final margin 1.6s over Saturday winner McLaughlin.

"I just hung my balls out at Turn 1 and went a bit deeper than everyone, and it paid off," said Reynolds. "That's what set up our race. We had awesome pitstops and good strategy. My car was amazing today, I couldn't fault it. It was magnificent."

For McLaughlin the key was the second round of stops, which gave the DJR Team Penske driver the opportunity to jump Kelly for second. But things weren't straightforward for the points leader, with what looked to be oil smoke constantly coming from the back of the Penske Ford, mirrors full of Jamie Whincup right to the flag, and a disconnected helmet fan hose leaving him hot and bothered.

In the end both McLaughlin and his engine hung on, the Kiwi able to hold off Whincup by just over half a second.

"It was pretty hot going there – the engine was hot, I was hot, there was stuff going on everywhere," said McLaughlin.

"The car was actually really good, I just couldn't get close to people because of the heat in the engine. Then down the straight I would pluck fifth or sixth gear, and then grab the hose for as long as I could and get some helmet fan for a bit."

Shane van Gisbergen came home fourth, the late Safety Car playing into his hands thanks to a long second stint that gave him the best tyre condition for the sprint to the flag. That helped him pass Nick Percat and Kelly, who he demoted to sixth and fifth respectively.

Garth Tander and Fabian Coulthard finished seventh and eighth, with Michael Caruso and Craig Lowndes rounding out the Top 10.

McLaughlin is now 161 points ahead of van Gisbergen in the standings, while Reynolds has moved back ahead of Lowndes and is 327 points behind the leader.

Reynolds 'pulled his socks up' after teammate scare