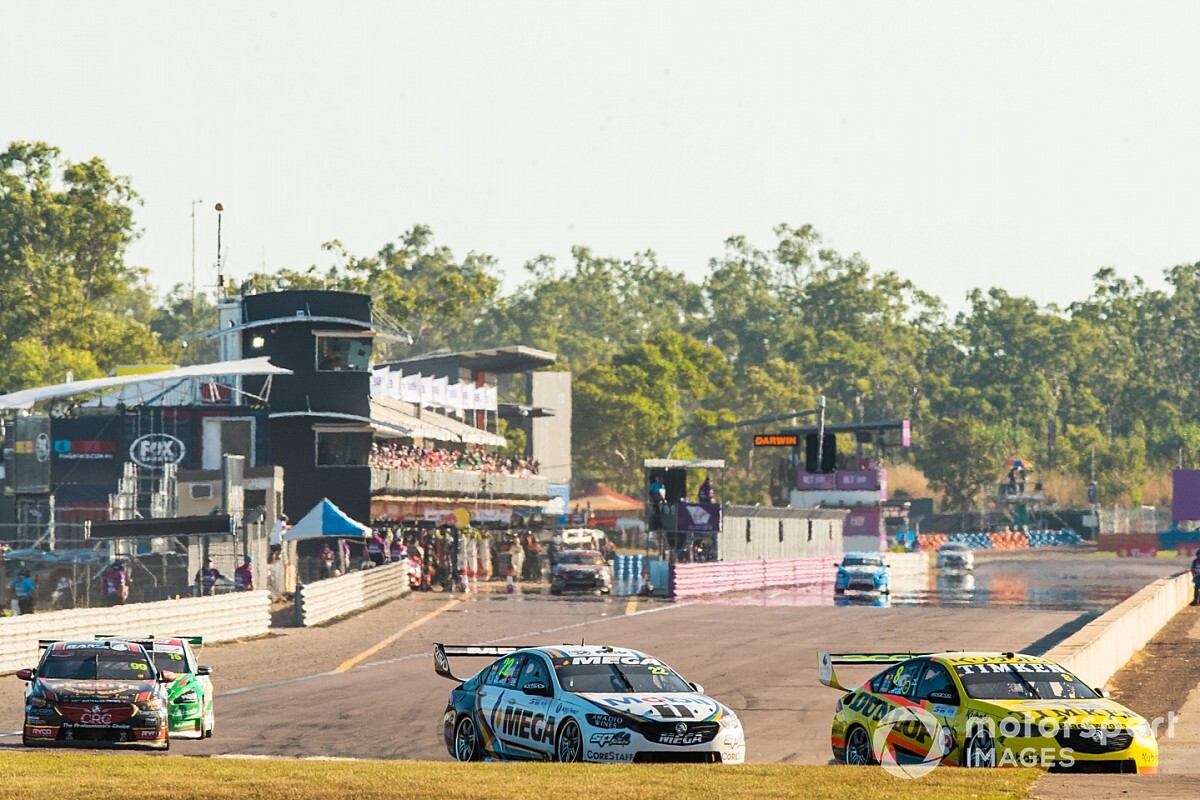 The first of two scheduled Supercars rounds in Darwin has been pushed back a week amid a frantic scramble for permission to cross the Northern Territory border.

There has been doubt over this weekend's event since last Friday, when the Northern Territory government declared the City of Brisbane a COVID-19 hot spot.

That implicated a number of team staff, which, by the letter of the law, would have been required to quarantine for 14 days once arriving in the Territory.

Talks on Saturday between NT health officials and Supercars ended in an agreement that the rounds could go ahead as planned, however since then it appears the approvals haven't been provided.

A charter flight from Brisbane to Darwin has twice been pushed back, while transporters were initially left stranded at the Queensland/NT border.

It's only this afternoon that the charter flight left Brisbane and the border was opened to transporters.

As exclusively revealed by Motorsport.com earlier today, the result is that the first leg of the double-header has been moved from this weekend to August 15-16.

All personnel who have been in areas deemed as hotspots will go into hotel isolation from today until early next week.

The Triple Crown will retain the same format, tyre rules and live free-to-air TV coverage as was in place for this weekend.

The double-header will still go ahead, however the timing of the second round is yet to be confirmed. Both mid-week and evening running are on the table.

“Following intensive discussions over recent days and at the direction of the NT Government and the relevant health authority, the decision has been made to postpone this weekend’s event for seven days,” Supercars CEO Sean Seamer said.

“This decision has been made to ensure we protect the health and wellbeing of all of our people and the wider community in Northern Territory ahead of the BetEasy Darwin Triple Crown.

“We would like to thank the NT Government and health authorities on working with Supercars on developing a plan that allows us to move forward with the Northern leg of our Championship.

“I would also like to thank our teams and fans for their ongoing flexibility to accommodate this year’s Championship.

“This is a decision Supercars supports to ensure the health and wellbeing of all Territorians.

“This announcement will have no bearing on our plans for any future events including the Townsville SuperSprint.”