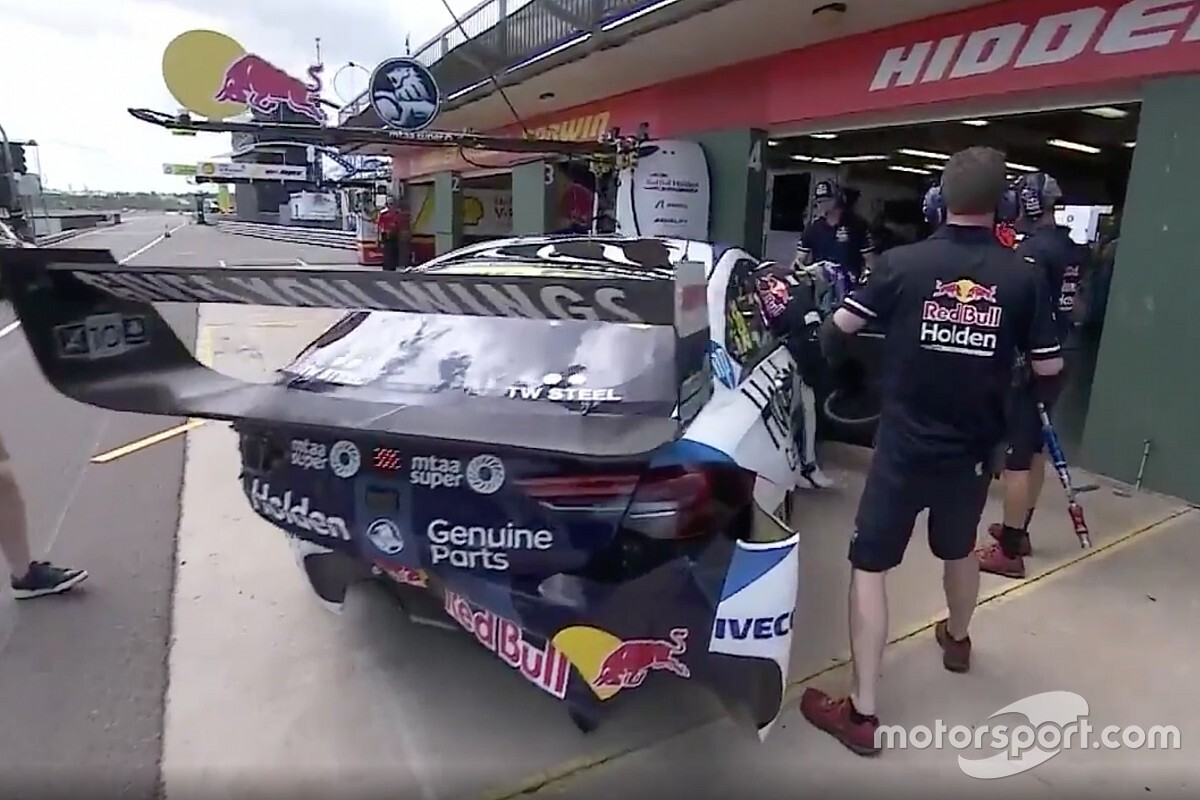 McLaughlin started the half-hour session running the soft-compound Dunlops, the benchmark time – a 1m06.479s – coming inside the first 10 minutes.

The DJR Team Penske driver then switched to hard tyre runs ahead of qualifying.

"We expected that, it's just more of balance shift than we thought.

"I'm happy with my balance, I think we can tune it on the bars which is ideal because we can do that during the race."

It was a shocker of a session for McLaughlin's closest title rival, however, with Whincup taking a high-speed trip into the wall.

The seven-time series champion lost control of his Triple Eight Holden through Turn 7, the car skipping over the grass before collecting the wall and damaging the rear end.

That was the end of his session, Whincup jumping on the tools to help get the car fixed before qualifying.

"It's not a massive hit with the suspension, but it's still a lot of work to get the car out for qualifying."

Whincup wasn't the only driver to find the wall, with James Courtney sending his Tickford Ford into the barrier at Turn 10 right at the end of the session.

Neither Erebus cars were in the Top 10, Anton De Pasquale and David Reynolds 11th and 12th respectively, while Shane van Gisbergen – who complained of a rear suspension problem in the first session – was just 15th fastest.