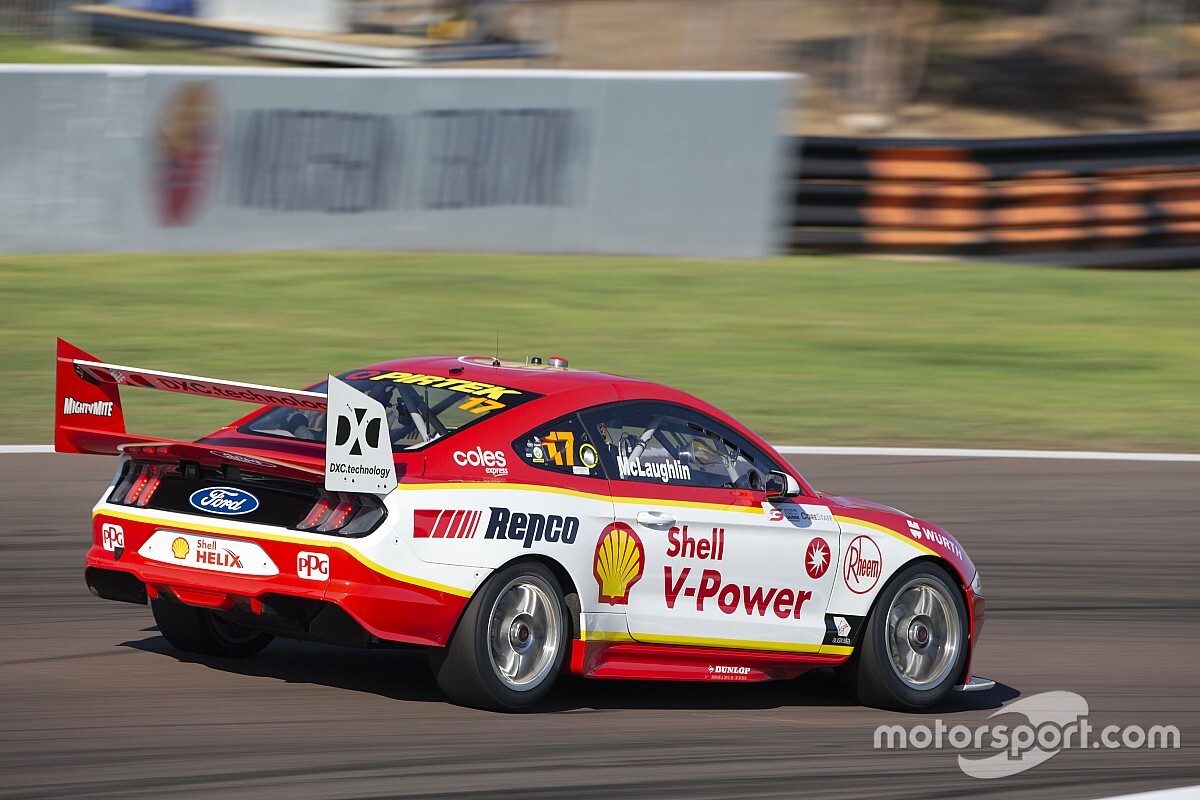 For the second day running it was a dominant performance from the runaway points leader, McLaughlin effectively leading from start to finish.

He really only came under pressure at the start, Shane van Gisbergen and Fabian Coulthard running with McLaughlin for the first few laps.

But by Lap 6, when the top three had all completed their mandatory stops, McLaughlin had control of the race.

His final winning margin over van Gisbergen was a handy 9.6s.

"The car is sensational," said McLaughlin. "I got a pretty good start. As always it's real hard racing with Shane. But then our car just hooked up and took off."

McLaughlin and van Gisbergen were joined on the podium by a hard-charging Scott Pye.

The Team 18 driver went the other way on strategy, not taking his mandatory service until Lap 26. He popped out in fourth, but had the tyre quality to swiftly run down Coulthard.

He then tried to do the same thing to van Gisbergen, the pair almost crossing the finish line side-by-side. The Kiwi just clung on to the position by 0.3s.

"That was a fun race," said Pye. "Following Shane I was giving it everything I had, flashing the headlights... he even missed a few apexes. I wanted to get him so bad, but I just didn't quite have it in the end."

Coulthard came home fourth, while Cam Waters and Jamie Whincup staged a tense battle over fifth. The Tickford driver got the job done, but only after withstanding some serious pressure from the seven-time champion after the stops.

Chaz Mostert finished seventh on the road, but was demoted to 18th thanks to a 15-second penalty after nerfing Nick Percat off the road at Turn 1 five laps from home.

That promoted James Courtney to seventh ahead of Lee Holdsworth, Mark Winterbottom and Anton De Pasquale, the latter battling radio problems throughout the race.