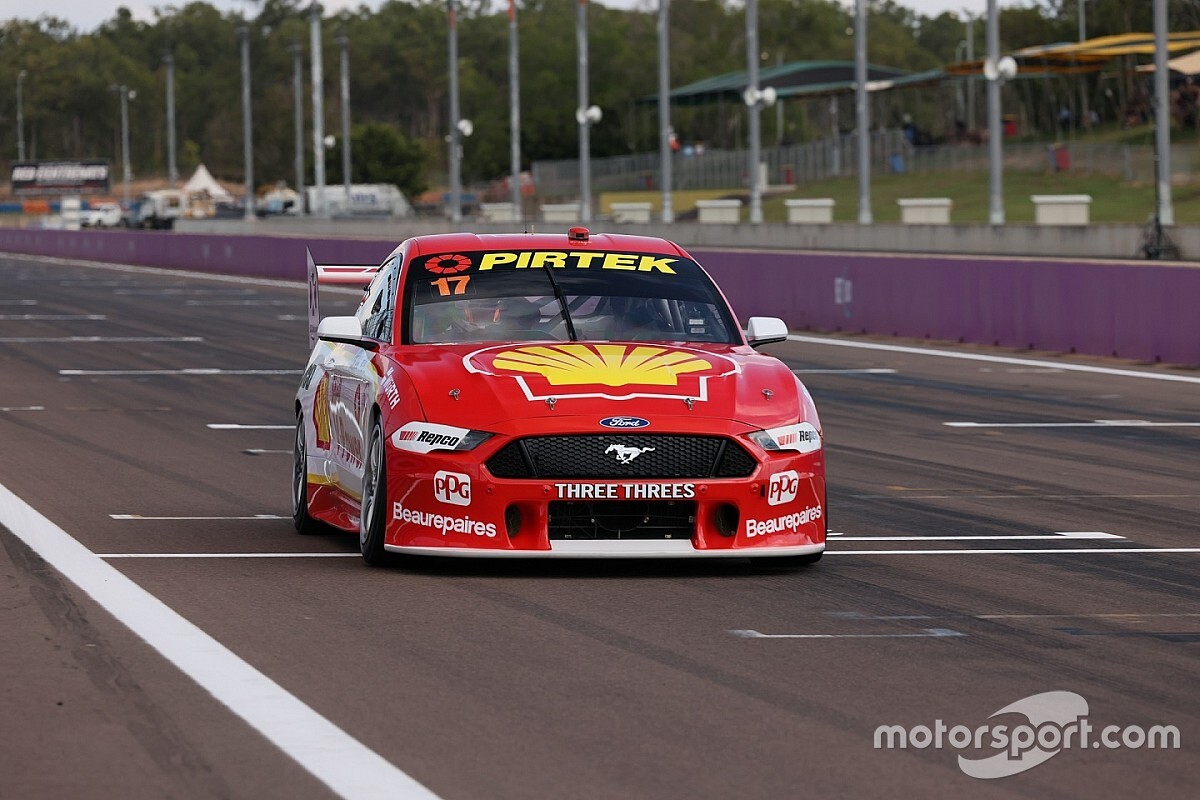 The DJR Team Penske driver ran second-last in the Top 15 Shootout, by which point Jamie Whincup had already set a formidable benchmark with a 1m06.991s.

However, despite suffering from an arm cramp during his lap, McLaughlin was able to best Whincup's effort by just over a tenth of a second.

Q2 pacesetter Shane van Gisbergen was then unable to go close to McLaughlin's time, having come into the single-lap dash without a set of green tyres.

"It's just a little bit of a cramp on the inside, I'll just have a few more waters and I'll be right." McLaughlin said of his arm issue.

"Jamie did a great lap there. I thought if we could get a 6.8s we'd put a bit of pressure on Shane. He obviously used a couple of sets of tyres to get in the Shootout.

Erebus pair Anton De Pasquale and David Reynolds qualified sixth and seventh, the latter running wide at the final corner on his lap, while James Courtney recovered nicely from his Practice 2 crash to qualify eighth.

Having been quick in both practice sessions, qualifying was a disaster for Chaz Mostert thanks to a driveshaft failure in Q1. As a result he'll start the first 110-kilometre heat from 20th.

"I came on the straight to finish my last flying lap on that set of tyres and there was a lot of vibrations in the cabin," he said.

"When I plucked sixth at the start/finish line I got a box of neutrals."