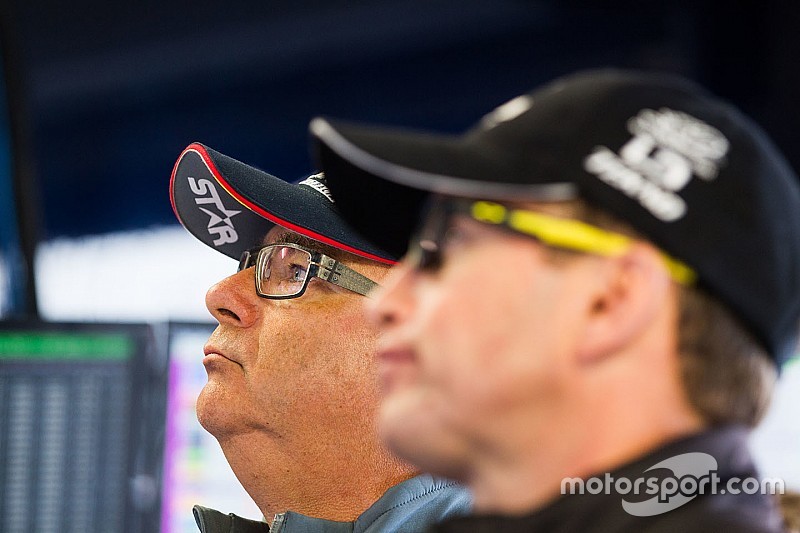 Roland Dane says Triple Eight’s outgoing engineering guru Ludo Lacroix has not been upfront about his impending move to DJR Team Penske for the new season.

It was announced earlier this week that Lacroix, a 17-year veteran of the Triple Eight set up, will depart the team at the end of the season. At the same time it was confirmed that former Williams and McLaren top tech man Sam Michael has joined the Brisbane-based team on a part-time basis.

Reports have since surfaced that Lacroix will join DJR Team Penske next season, which has led to the Frenchman being benched from his lead engineer duties on Craig Lowndes’s Commodore at Pukekohe.

It has also left Dane fuming, not with the move itself, but with what the Triple Eight boss likens to a ‘duplicitous’ version of when Adrian Burgess left T8 to join the Holden Racing Team at the end of 2013.

“Clearly it was news to us this week where he was going, so that was duplicitous,” Dane told Fox Sports during the Pukekohe Supercars coverage. “But it is to be expected in this business somewhere.

“When Adrian left he was honest about it, Ludo hasn’t been. Which is a shame, but it’s what happens. When you’re at the top of the category, like we’ve been for over a decade, people are going to try and come and steal people off you.

“It doesn’t surprise me when somebody comes along with more money, and wants to spend it. That’s the way of the world, I don’t have an issue with that at all.”

While clearly unimpressed with being kept in the dark regarding Lacroix’s Penske switch, Dane said that a top-level engineering shift isn’t a bad thing for his organisation. In fact, he reckons a lack of turnover at the top is what led to Lowndes’s former engineer Jeromy Moore leaving the team to become part of Porsche’s LMP1 programme.

“I’ve known that Ludo was wanting to leave and feeling that he was going to leave at the end of the year,” said Dane.

“I’ve known for some time. I’m very comfortable with that decision, I think the relationship has run its course. It’s been very good for us, but to be honest we’ve got another generation of guys coming up.

“It’s one of the reasons that Jeromy left a couple of years ago, there wasn’t room at the top of the tree at that point for him to grow in to. I’ve been conscious of that and aware of it.

“I’m very excited about the opportunity that it gives to the young guys that we’ve got in the business, and some of the appointments I’ve been able to make in the last three months as we plan for this anyway. And you’ve seen some of that roll out in the last few days.”

DJR Team Penske, however, is staying quite on the Lacroix manner. When quizzed by the TV crew if the Frenchman is indeed on his way to Stapylton, managing director Ryan Story was cagey in his response.